This is a story about teenage love, beginning the day Bryce Loski moved in at the beginning of second grade and his across-the-street neighbor Juli Baker fell in love with him at first sight. He was cute and shy and silently sarcastic; she was quirky and intelligent and also kind of stalkerish when she decided she liked him. For the next five years or so, Juli obsessed, loudly and publicly, and Bryce did everything he could to shake her off with no effect.

The situation begins changing when Bryce begins noticing Juli as something besides an annoyance and cause for guilt—just as she begins to realize what a jerk he’s been to her all this time. Several disastrous episodes later, Bryce can’t get Juli out of his head, and she hates his guts. Everything is flipped.

The key feature of this book is the alternating point-of-view. Each event is told twice, once by Bryce and once by Juli. The funny thing is how oblivious they are to each other—the ways they recount the same story are totally different. Flipped is kind of sweet, kind of humorous, and rather tragically similar to real life middle school drama, with an extra helping of sycamore trees and chicken eggs. There are more serious thoughts in there too, but you will have to find them for yourself. 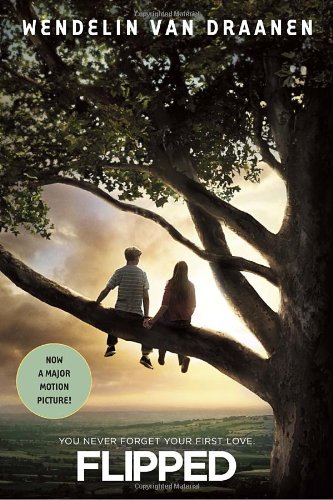 
Buy from Amazon
The author's comments:
I think we actually read this in class in sixth grade, just for fun. Weird.
Post a comment
Submit your own