What would you do if you were found unconscious and didn't remember anything? Would you break down, or would you try to find some answers? This is exactly what the character J.D. attempts in the fiction novel Chasing Yesterday by Robin Wasserman.

J.D. was found at the scene of a huge explosion, unconscious, unharmed, unclaimed, and unidentified. Dark visions haunt her dreams, ones she just can't seem to shake. She may not know the truth about her past, but she knows that she's in danger. J.D. is not safe, and won't be until she finds out where she came from and who she is. She has no one to trust. Not even herself- especially not herself because it turns out that there's one thing worse than forgetting her past- remembering.

I was immediately captured with Robin Wasserman's words with the very first page turn. I couldn't put it down. I felt as though I was J.D. living her lost and forgotten life. I couldn't wait to see what would become of her.

This is a “chilled” and suspenseful story about trust and deep lies. Robin Wasserman leaves the readers wanting more. It is an amazing read. I recommend it to everyone who is anyone. I think it's important for every young adult to learn about trust and the importance of sticking to what you say. 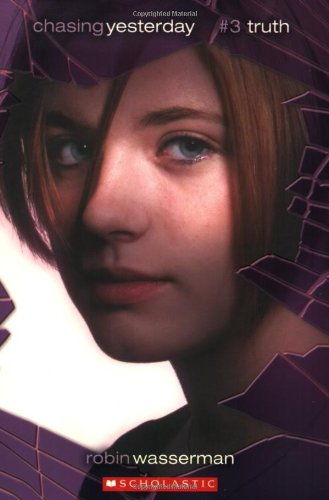