Summer of the Monkeys | Teen Ink

Summer of the Monkeys

Summer of the Monkeys is a thrilling and heartwarming novel of a boy, his dog, and his crippled sister. Jay Berry is soon to find out that he is about to get caught up in almost more that he can handle.

When Sally Gooden, their milk cow, jumped the fence that she was in, and escaped into the Ozark river bottoms in Oklahoma, Jay was getting into more than he thought. Jay and Rowdy, his dog, go down in the bottoms to look for Sally, but they find just a little more than they expected to find. A monkey was sitting in the tree staring him dead in the eye. Jay is only fourteen years old and has never seen a real live monkey in his life. Jay relies on his grandpa to give him advice and come up with plans on how to catch the monkey because he goes by his saying there was never an animal that could not be caught. His grandpa tells him that a circus train with monkeys on it crashed, there is more than one, and there is an outstanding reward for them. Jay's grandpa sends a letter to the trainer about the smart monkey and the trainer replies, telling him to make friends with the smart monkey and then catch him and the others. Jay thinks this will never work but he tries it and ends up coming home late at night with him and Rowdy drunk. After all the things they try none of them work until Jay and Rowdy stumble upon them, almost dead.

I recommend this book to teens that like funny and heartwarming novels. I thought that this book was one of Wilson Rawls best books. I would also recommend Where the Red Fern Grows, which was also by Wilson Rawls. 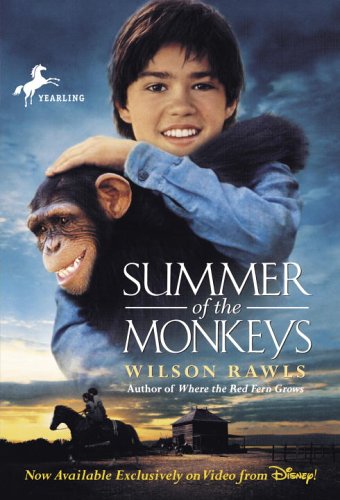