Behind the Bedroom Wall by Laura E. Williams | TeenInk

Behind the Bedroom Wall by Laura E. Williams

This historical fiction book takes place in Nazi, Germany during the Holocaust. The main character is Korinna Rehme. At first, she is a loyal German and idols Adolf Hitler. In the end of the book, she realizes what truly matters and instead of being an allie to Germany, she decides to become a rebel (take a stand for what is right). This novel is about Korinna who is a loyal German, but finds out her mother is hiding a Jew woman and a little Jewess. She learns to respect the Jews and eventually begins to grow fond of them. But someone tips off the Gestapo (Hitler's helpers) where they are hidden. In the end, she and her family run away. The theme of this story is to learn from the past and that you should not discriminate other people based on religion. I thought this was an exceptionally interesting book, and it helped understand what it was like to be an actual German, instead of always hearing about Jew stories. If you enjoy reading about the Holocaust and its events, you will definitely love this book. 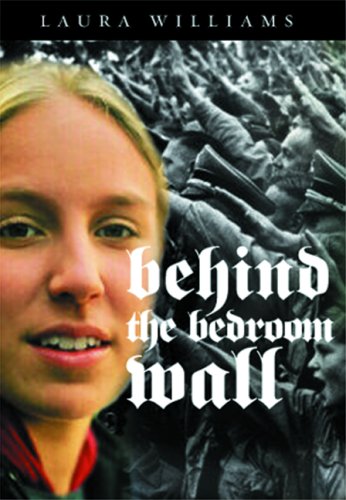 renwick88 said...
on Nov. 11 2009 at 8:09 am
I totally agree with you this book has opened my eyes to what has gone on in our world and what we could have done to stop it..... maybe with all of this experience you think that our world would have no war and we could look back with out all the pain and memories that we think of especially today the most known day to a man or women these days.
princess dork 1 said...
on Oct. 15 2009 at 6:40 am
i love this book it got me when i first read it and i havent stopped reading it
h!! said...
on Dec. 21 2008 at 10:36 pm
i reccemend this book to everyone. its veryy goodd(: