Murder on the Orient Express by Agatha Christie | Teen Ink

Murder on the Orient Express by Agatha Christie

Samuel Edward Ratchett, a rich and unsavory American millionaire, has been found dead of multiple stab wounds overnight. The twist is that he is on the Orient Express, a train currently stuck in a snowbank in Serbia in the 1930’s, aka the middle of nowhere. No one can get on or off. There are 14 other passengers on the train, but fortunately, one of just happens to be the irrepressible Belgian detective Hercule Poirot. Armed with his “little gray cells”, he will solve this mystery.

Unfortunately for him, there are twelve suspects to the murder, of all different ages and genders and nationalities—and all with both perfect alibis and no perceivable connection to the murdered man. The clues stack up—all pointing to wildly different suspects. With no means and no motive, this case just may be the one to stump Hercule Poirot.

The draw of this book, as it is with all of Agatha Christie’s whodunits, is the ingenuity of the mystery itself. At the end, all the tiny fragments of evidence draw together to support the solution, Sherlock Holmes-style. As long as you don’t expect a story likely to actually occur in the real world, the clues fit perfectly. And Poirot’s quirky (and well-deserved) arrogance is actually quite funny, a little man with a handlebar mustache and utter precision toward everything.

Agatha Christie has written dozens and dozens of murder mysteries, some better than others, but all brilliant. If that’s your passion, you know where to look. 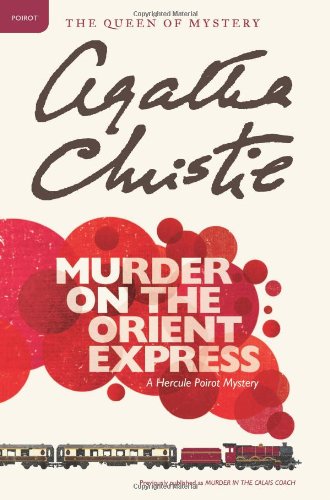 
Buy from Amazon
The author's comments:
I just read this over and discovered the phrasing is really awkward. Of course, I did write it at four in the morning. Oh well. Too lazy to fix it.
Post a comment
Submit your own