Mica Area High School in Arizona is a place where conformity is the ultimate goal. Thus, everyone is confounded by the arrival of Stargirl – homeschooled, unique, wearing everything from ­kimonos to buckskin, bringing a ukulele to school, and being nice to absolutely everyone.

The story is narrated by Leo, a shy, ordinary student who falls in love with Stargirl almost at first sight. For much of the story he is only a bystander, witness to her fluctuating popularity as she is both admired for her nonconformity and shunned for her weirdness. Eventually the two start dating, and Leo begs Stargirl to be “normal” because he wants to be accepted, but by doing so, of course, she might lose herself.

This book is lovely because of Stargirl's quirks, eccentricities, and eternal optimism. At times the story is cruel, and Leo is exasperating in his fear of being ostracized by others. But the message of the book is individuality, and in the end, Stargirl shines through.

Love, Stargirl, the sequel, takes place a few months later and is told from Stargirl's point of view in the form of letters to Leo. She is equally weird and whimsical in both, so if you liked the first, you'll likely enjoy the second. 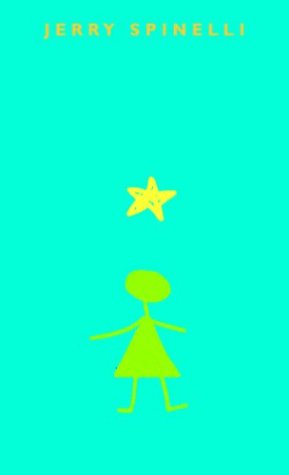 View profile
One of my all time favorite books! I don't know if you have read any other books by Jerry Spinelli but I recommend reading Milkweed. It is intense and amazing!