The Westing Game by Ellen Raskin

The Westing Game is a mystery within a mystery within a mystery. There are sixteen heirs belonging to eight families, aged thirteen to sixty-something, all living in the same apartment building and vying to inherit hundreds of millions of dollars by solving the mystery left to them by the recently-deceased Sam Westing. The sixteen are divided into pairs, each given a different set of clues, and unleashed to find Sam Westing’s murderer—who just happens to be one of them. The problem is, all of them are keeping their own secrets, not least of all Sam Westing himself, and in attempting to manipulate each other the heirs certainly create more awkward, hilarious, and life-changing situations than they intended.

The mystery unfolds a piece at a time, and the ending is impossible to predict (unless maybe you’re a genius or something). But at the same time, it hardly feels like a mystery at all. There are parties, snowstorms, dares, explosions, Chinese restaurants, and mocking mini-soap operas, all centered around the occupants of Sunset Towers. Each character has their own life, own problems, personality, and future, and in the end the winner of the Westing Game doesn’t really matter at all. For quiet suspense and detailed characters, this is the right book. 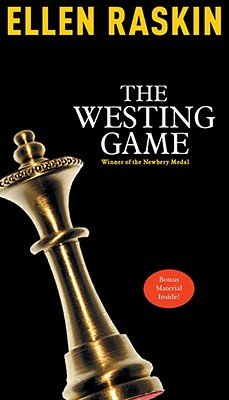 
Buy from Amazon
The author's comments:
Really, the whole world ought to read more. Books are beautiful things XD
Post a comment
Submit your own