Timeless is the sin that exists within the human condition. It is timeless to seek exemption from suffering, only to emerge a graceful, knowledgeable human being. The judgment and marginalization imposed on human beings and its impact on society and its members can be considered a perennial concept. Timeless is the quest for revenge. It is also timeless to seek redemption from sinful acts through good deeds. The story of The Scarlet Letter, a romance by Nathaniel Hawthorne, is timeless for every afore mentioned reason. The Scarlet Letter resonates in the modern world as strongly as it did when it was first released. The themes portrayed by the book, including passion, remorse, and atonement, reflect the world and our varied but connected cultures. Thousands can empathize with Hester’s guilt and decision to acknowledge her actions, as well as with the judgment she had to face for doing so. Many have come to wish to be as highly regarded as Hester became after society learned to see past what they believed to be mistakes. Others can relate to Chillingworth’s search for revenge and the negative consequences it brought to him. Some are also familiar with Pearl’s damaging childhood in which she was regarded as a symbol of sin, an unwanted being in the face of the Earth. But perhaps most importantly and all-encompassing in the story of The Scarlet Letter is suffering, a timeless and universal experience. Nathaniel Hawthorne embraced and utilized this concept to create a book that will undoubtedly be passed on to be read generation after generation. 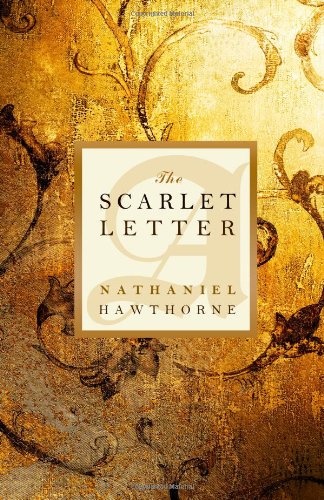 
Buy from Amazon
The author's comments:
The Scarlet Letter is such an iconic piece, one which I truly enjoyed reading and believe is timeless.
Post a comment
Submit your own