The Twilight Saga; a stereotypical means of escape, romance, and certain hostility towards society and culture today. With fiction novels such as the Twilight Saga, separate ideas as those of fantasy creatures allow readers to put themselves in an alternate dimension and can escape their own lives to live in a realm of better happenings. The series does display an excellent case of young love and how much it truly takes to be with each other and also provides a different take on an overused topic.

The relationship between the two main characters, Edward and Bella, is one of lust, love, and true sacrifice both for each other and themselves. Throughout the many sudden attempts to break them apart at any cost, they are determined to stay conjoined and fight fate but with a new kick; one of them is a vampire. Along with seeming two dimensional, the experimental coupling of both a vampire and a human has taken not just a toll with the werewolves on the boundary line but with vampires from all over the world. I find it difficult to grasp the concepts that one person, Bella in this case, could be so selfish, overbearingly deceptive, and still manage to maintain a boyfriend, best friends, and a clean slate between mortal enemies.

The Novels do however relinquish a pattern of hostility and challenge to society today. It almost seems as if real life isn’t enough anymore and so we are to divert our attention from reality to fantasy in order to gain satisfaction with the prospect of romance and excitement. Hidden with suspense around every corner, the story shows an unrealistic view of how certain events such as moving to a new town can become an adventure with blood sucking vampires and magical blood within the veins of Indian tribes. In modern culture, folklore is a topic often used in books and novels but in this epic saga of morality, it is used not only as a basis of suspense and underlying intentions of Edward, it is also used as a hatred between two distinct enemies fighting a distinguishable war over one mortal girl. 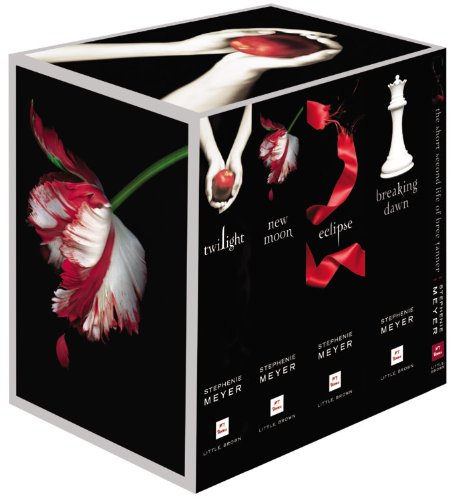 View profile
Okayyyy.... My interpretation of these novels was "They were good. I'm glad Edward and Bella ended up together." You put me to shame! :)