The Adventures of Tom Sawyer by Mark Twain | Teen Ink

The Adventures of Tom Sawyer by Mark Twain

The definition of a classic is; a book that was written fifty years ago and many people enjoyed it, stands the test of time, relates to every generation and can be enjoyed by people of all ages. In seventh grade, we read The Adventures of Tom Sawyer in English class. When my teacher announced this I was thrilled. I adore classics; from The Art of War to the vastly different To Kill a Mockingbird I love them all. Classics give me a connection to the past; they can take me to an ancient Chinese dynasty or an ornate mansion in 18th century England. Although the thing that fascinates me most about classics is the intricate language, I love the wide spread word choice and vocabulary that has fallen out of use. Language and word choice was one component that I found missing in Tom Sawyer, for example with the exception of Huckleberry Finn no other book would ever state” “ ‘dem de d’wyne de goan’ and although I do respect the “Slang” I believe that it falls into the stereotypical accents.

This brings me to my next point, the stereotypes. This book feeds into many stereotypes that are not just limited to the language but to put the phrase above into a modern prospective. The phrase “ ‘dem de d’wyne de goan’” would be equivalent to a modern story that uses “Valley Girl” speech for all female characters; what would it be like if a book like that was considered an accurate representation of the early 21st century? Many people can no longer comprehend the “slang” that is used in the book and even though currently we are able to deduce the meanings from the context clues, within the next 20 years much of this book will become incomprehensible. Which brings me to another point, the females in this book are portrayed as helpless and somewhat ditzy, there isn’t a single strong female character; no Jo March or Scout Finch in sight, just Becky Thatcher and Amy Lawrence both of which would cry if it started to rain

Finally when many people in my grade heard we were reading Tom Sawyer, the popular Rush song came to mind; instead of classic novel. Shouldn’t that tell you something? This book doesn’t meet many of the abovementioned guidelines and therefore should be questioned as a classic book. All in all I believe that Tom Sawyer has served its reign and should still hold it’s place in respected literature but should no longer be put on class syllabuses as a classic book. 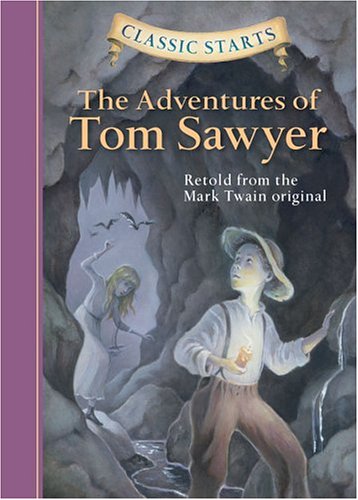 
Buy from Amazon
The author's comments:
Think about the true definition of a classic, next time you read. Not everything is what it seems.
Post a comment
Submit your own