Ellen Schreiber’s “Vampire Kisses” series is captivating and hard to put down. Consisting of six books, the series follows the lives of goth girl Raven and her vampire boyfriend Alexander in the small town of Dullsville, as they are pursued by vampire twins Jagger and Luna.
The first book is the most sitting-on-edge-of-your-chair worthy for you spend the whole time trying to guess if Alexander really is vampire or not, even if all the evidence is right there in front of you. The vampires in this series are more like the older one’s which were more intriguing, like sleeping during the day and being allergic to garlic.
Ellen’s books are easy to read and are without the gore and over the top gooey love found in other vampire books. Vampire kisses is definitely a series that people should go out and read. I’ve never really been a person into the whole vampire craze because I prefer the old, black and white, Bram Stoker vampires, but the way she has written about Alexander, he is not like the “I want a man like Edward Cullen but I know there is no way in the world I will find one”. Instead, Alexander is just like and normal teenage boy who just happened to be a vampire, and still has his faults. And Raven is not helpless and depressed without Alexander (most of the time), and has a lot of attitude to go along with her black lipstick. Proof: she plays along with a guy who thinks he’s going to score, steals his clothes and leaves him in a forest, in the middle of the night, naked. Sounds interesting? 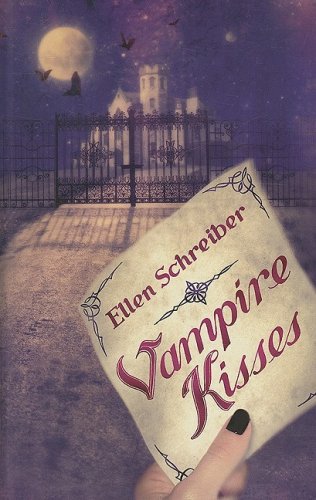