Tears Of A Tiger by Sharon M. Draper | Teen Ink

Tears Of A Tiger by Sharon M. Draper

Favorite Quote:
I have never seen anyone so prone to life threating idiocy.

Tears of a Tiger is a great book that is written on a middle school level. This story tells about truth, friendship and the real dangers of drinking and driving. Tears of a Tiger is a sad but truth filled story of a young high school boy named Andrew Jackson a.k.a. Andy. When Andy loses his best friend driving Robert Washington a.k.a Rob in a horrid car accident that was caused by his unawareness of facing the truth he begins to lose sanity.
Andy starts out telling people he’s fine and everything is okay when everything is not truly okay. Andy starts to become depressed and lonely. Andy’s parents send him to a psychiatrist, which helps in a way; however, does not completely fix the problem. Andy still feels guilty because he drove a car straight into a wall killing his best friend. This was a result of his drinking and driving.
Everyone tries to make things better for Andy. His psychiatrist tries to convince him to forgive himself for causing the accident because he believes Rob would. His basketball coach gives him the position of center, which belonged to his best friend Rob.
Andy’s teachers are worried that something is wrong at home because of the huge drop in Andy’s grades. Andy’s parents don’t pay much attention to him until the night of the accident and then after that they go right back to not paying attention to him.
Andy starts to turn away any help that he could possibly get. He turns away his friends, teachers, girlfriend and even his little brother who knows something’s wrong and tries to reach out to his older brother and help him. But when everything else fails it ends in a horrific life ending experience for Andy.
Tears of a Tiger teach an unforgettable life lesson to all teens and adults that drinking and driving can be dangerous and life threatening. 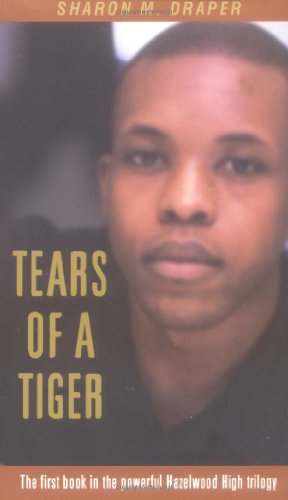 
Buy from Amazon
The author's comments:
I do not recommend this book to person under the age of thirteen years old!
Post a comment
Submit your own