This Side of Paradise by F. Scott Fitzgerald | Teen Ink

This Side of Paradise by F. Scott Fitzgerald MAG

Desiring success, yearning for status, longing for love – this ideology marks the debut novel of F. Scott Fitzgerald. This Side of Paradise is a semi-autobiographical take on his young adulthood. With graceful prose, varying stylistic techniques, and a keen intellect, he chronicles the life of Amory Blaine, a Princeton undergraduate in pursuit of recognition. Amory becomes disillusioned, however, as his experiences derail his quest.

At Princeton, Amory treats the school as a country club. Here, he feels free to assert his dominance. He slowly climbs to the top of Princeton's social caste system, but then he falters. One math exam later, his score assures his inability to bid for social aristocracy.

Amory then begins his inevitably unsuccessful search for a suitable wife, and his failing relationships truly underscore his insecurity. He remains desperate for a partner after his affection for his first two choices is fleeting. Upon meeting his third match, Rosalind, Amory falls deeply in love and even deeper in trouble. Rosalind wants a wealthy man, and Amory is unable to adequately support her. She leaves, sending him into alcoholism. With its depictions of loss, This Side of Paradise displays the eventual cynicism of an aging Amory.

Delivered in a loosely winding narrative, This Side of Paradise finds an author exploring the worth of his entire generation, a generation that adored the book. Each character brims with life. Likewise, readers will likely feel sympathetic for Amory, an egotistical man whose journey for self-importance becomes one of self-recognition.

This classic remains relevant in its themes and thoughtful introspection, qualities that allow the novel's serpentine flow to seem oddly charming, not frustrating. Today, it still boasts one unfailing asset – a driving thirst for life – making it an engaging tale for all young adults to enjoy. 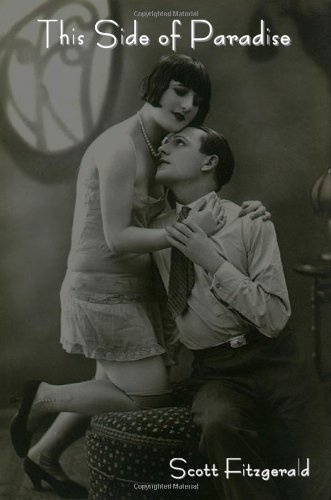 
Buy from Amazon
The author's comments:
With this review, I hope that readers appreciate Amory's resulting quest for himself. Also, I hope that they enjoy the novel.
Post a comment
Submit your own

Favorite Quote:
"Touch comes before sight, before speech. It is the first language and the last, and it always tells the truth."- Margaret Atwood

View profile
I just bought this novel at the book store, so this review really helped!  I am definitely excited to read it now.