" Spy Princess-The life of Noor Inayat Khan " is perhaps one of the best written biography in recent times .Its uniqueness in its topic is one of its main attractions.While most people have only read about spies in fictions such as James Bond .Princess,uniquely narrates the real life story of one of the best spies in the world and is a living proof to the fact that women have contributed immensely to their nations during the World War.It also brings about pleasantly surprising historical facts,the first and foremost being that the Spy Princess ,Noor Inayat Khan was a descendant of the famous Indian ruler Tipu Sultan whose brave deeds are immortal.It wonderfully potrays the character of Noor and gives a perfect pen picture of the surprising contrasting colours in a single personality-a "dreamy ,sensitive",childrens'' poet and writer and a brave spy who inspite of going through the dreaded Gestapo interrogation ,gory torture does not utter a word about herself.

She is truly a tragic heroine ,not only because of the fact that she was killed by the Germans but also because most people forget or rather ignore to mention her as one of the heroines in this world.She represented a lioness and shows that courage goes a long way. 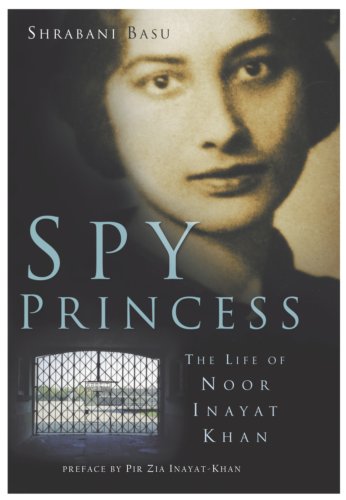 
Buy from Amazon
The author's comments:
Though Noor Inayat Khan was a brave spy,i believe that every women in this world can identify herself with her...
Post a comment
Submit your own