The Lovely Bones is a compelling read entwined with honest and heartfelt accounts of life, loss, love and letting go. Since 2002 the fresh, thrilling words of Alice Sebold have touched the hearts and souls of millions who have found understanding clarity in her one of a kind novel. “My name is Salmon, like the fish; first name, Susie. I was fourteen when I was murdered on December 6, 1973." Based on the brutal rape, murder and fascinating journey thereafter of an insightful adolescent, Sebold stretches the average tale of family bonds and breaks to the absolute limit here in her first novel.


Susie Salmon is adjusting to her new ‘life' in heaven, which is quite the endeavour in itself, “when the dead are done with the living, the living can go on to other things,” while her family is torn between the painful memories of her past and the difficult journey that is their future without her. Susie narrates the story from her heaven, which adds depth to this fascinating best-seller as she draws readers in with her deep compelling thoughts, desires and hopes. Readers develop a close bond with this girl as they feel as she feels, and watch as she watches those left on Earth, caught in the whirlwind of grief surrounding her loss. Her descriptive first person narrative makes her personal, explicitly honest and heartwarming journey all the more relatable and intriguing. This novel is plentiful with interesting and thought evoking characters. The story revolves somewhat around a grief stricken father, who's trying hard to love his two remaining children without forgetting his lost little girl and a mother who is not so sure she ever intended to be a mother. There is also the ever evolving sister, Lindsey, initially trapped in the shadow of a murdered sibling, and Ruth and Ray; classmates of Susie's that each have very special bonds with her. And of course, readers also encounter the unforgettably disturbing and raw Mr. Harvey, Susie's masterminded murderer, "You aren't leaving, Susie. You're mine now." The Lovely Bones is well-woven with the rich, diverse tales of several intriguing characters. Readers will also be impressed with the author's creative depiction of heaven, and the seamless flow between the happenings there and Earth. Visually mesmerizing and interesting, one feels as though they are sitting right there beside Susie in her beloved gazebo throughout the novel. The suburban Pennsylvanian neighbourhood where Susie lived is important to the setting as well as this novel is about all that is horrible and difficult and unknown, lurking beyond the perfect picket fence and closed front door, “murder had a blood red door on the other side of which was everything unimaginable to everyone.”


A novel most appropriate for mature young adults and anyone older, those who have been (or have yet to be) exposed to the heart wrenching and life changing world of loss needs to pick up this book, open it, and indulge. It is a tale of the truth and trials of family love. It is about the dealings with death, and the important lessons we have to learn about life on Earth. Readers will be blown away, likely unable to pry their eyes off the page as the vivid and compelling changes of Sebold's characters and intense plot unfold. The importance of and the realization of letting go, moving on and seeing love in this novel will relate to and touch the hearts of all who take a peek at this world through the eyes of Susie Salmon. 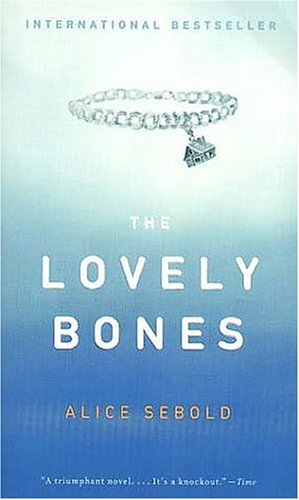