“I didn’t know who she was,” she said simply, and I knew she meant my – our – mother. “I knew what had happened, scientifically, before my birth; my parents told me a long time ago that there had been a donor egg – though my father seems to feel he is my genetic father. But I didn’t know my mother’s name or anything about her, and neither did my parents.”

Eli Samuels has been leading an average life in an average world for the past seventeen years… except that his mother is slowly dying from a terrible disease called HD, he’s working for his father’s arch enemy, Dr. Quincy Wyatt, and, oh yeah, there’s a possibility that he could have hundreds of brothers and sisters that he’s never even met. Eli quickly finds himself searching for his true identity, but the search brings about more questions than answers. Who is Dr. Wyatt, really? How does he know his mother, and why does Eli’s father hate him so much? And who is the mysterious girl that’s appeared out of nowhere? Maybe Eli doesn’t really want to know the answers.

Double Helix is a great book for anyone that enjoys Biology or Science Fiction. Even if you don’t like either (like me!) you’ll find yourself on the edge of your seat wondering what will happen next.

I GIVE THIS BOOK FOUR OUT OF FIVE STARS! 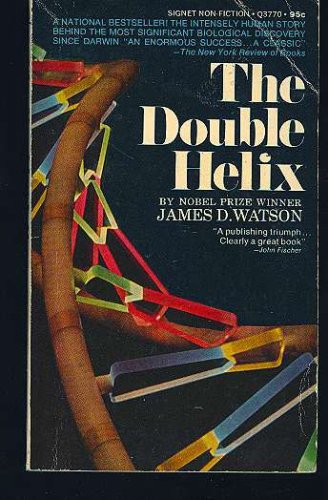 View profile
You think its hard to find yourself, think of the issues that Eli had to deal with, your siblings annoy you, his litterly could drive him crazy. (yes I've read the book) Like mom always says, "Be thankful because someone always has it worse than you."
ashley said...
on Apr. 20 2010 at 12:09 pm
this book was the best ever