Girl in a Cage by Jane Yolen and Richard J. Harris | Teen Ink

Girl in a Cage by Jane Yolen and Richard J. Harris

In Girl in a Cage, Yolen and Harris bring the story of the daughter of Robert the Bruce, King of Scotland, against whom the king of England, Edward Longshanks, wages his own private war. This is the story of a princess who endured hardships at eleven years of age that would make even the most hardened soldier cringe. She was pitted against Longshank's psychological tools of torture, the elements, and physical abuse, and yet she did break nor bend.
The theme "never give up" is found in every aspect of this book. From the main character's refusal to give in to her oppressor, to her father's stubborn determination to do what he thought was best for Scotland; they absolutely will not give up. Ever.
I enjoyed this book immensely because of the main character and her spunk and determination. I f I ever write a book, I would love having a character like her written into it. Marjorie is the perfect character, with a great developement and flwas that make her appealing to even the most critical readers.
I whole- heartedly recommend this book to each and every one of you who read thsi review. The book is melting pot of courageous knights, bloody fights, miserly and cruel rulers, and in the middle of it all resides an eleven year old, who is mature beyond her years. 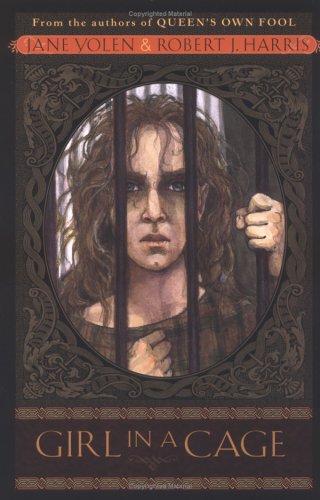