There’s a huge tree in the middle of a forest. There are 4 clans named by nature. The cats in each clan fight and hunt for survival. The only time they shouldn’t fight is when the Full moon rises and the cats travel to the huge tree in the middle for a gathering. Thunderclan lives in the forest. Shadowclan lives within the pine trees. Rivers surrounds Riverclan and Windclan lives on the open land feeling the buffeting winds. This setting shows you how the land itself is awesome. Bluestar’s Prophecy, made by Erin Hunter, is a book that will make your cat want to read!


Bluestar’s Prophecy creates many likes and dislikes. I like how Erin hunter picks the cats names. They’re so unique like Goosefeather and Moonflower! The language is very different then any other language, but it still resembles a cat’s language. They use words like “Twolegs” and “Foxdung”! What I don’t like is how sometimes they have to make a cat go to Starclan, A clan in the sky that resembles heaven, which causes some sadness and anger. I know it’s the only way to cause suspense and continue the storyline, but it does have drawbacks. The genre of this book is OBVIOUS, but still I’ll tell you. Fantasy ‘cause there is no forest that had been filled with cats (if you find one tell me).


In Bluestar’s Prophecy it starts out about Bluekit, a kit in Thunderclan, and how she wants to open her eyes when she wants to. When she does her home comes within view. Snowkit, her sister, plays with her ‘till they become apprentices. Her name is Bluepaw to signify that he/she is an apprentice and her mentor is Stonepelt who is a warrior cat. Bluepaw also has an ambition to be clan leader.


When Bluepaw’s mother, Moonflower, dies when they were attacking Windclan she is left scarred for life. Goosefeather, the medicine cat, said that on the vole’s fur it shows a forest being flattened by wind. Pinestar, the Leader, agrees with him and orders an attack against Windclan. Unfortunately they got beat up and lost a cat. Even though Goosefeather is the medicine cat, Bluepaw thinks he’s a fake!

Bluepaw is now given a true warriors name, Bluefur, after long seasons and is closer to her ambition. Thistleclaw, a cat in Thunderclan who is younger than her, has the same ambition as her as well. Goosefeather has a prophecy that was directed at Bluefur. “You are fire and you’ll blaze through the forest”. Obviously she is confused, but when Starclan shows a vision of Thistleclaw drenched in blood she realizes what it is. She MUST become clan leader or bloodshed will kill everyone. Although she is in a prophecy, can she save the clan?

I would definitely recommend this book if you like animals and fantasy. There’s a lot of action and suspense in this book. This book deserves a 9 out of 10 because this book creates questions that you want answered. The only answers are to keep reading. The series of warriors is HUGE! I’m not kidding there’s 3 series completed, a 4th being made now, a Manga series and books that give information on the clans and cats! This book also got best-selling series! Although this review is good, the book is better!

Therefore Bluestar’s prophecy is a book that wins and wins! The events being displayed in the book will want you to read the next book. The book itself is unique and is a great book. The way the author writes it and the way the events keep piling on is great. Even though if you hate animals, read it if you like action and suspense. Bluestar’s Prophecy will make you change the way you look at your cat FOREVER! 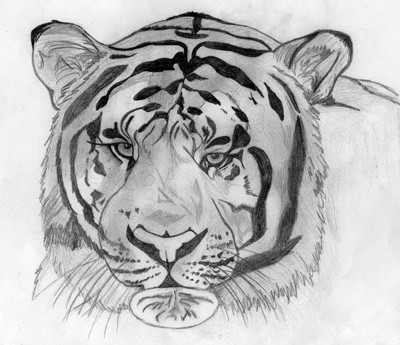 Favorite Quote:
Love is too short, forgetting is too long. - Taylor Swift

View profile
good review, i think you pretty much got the story down, but maybe a little to much for the people who haven't read it. still all in all pretty good