Favorite Quote:
"There is no substitute for hard work."
-Thomas A. Edison

Probably not too much of a household name, Tall Stories is nevertheless a must-read book for readers looking for unique comedies. This is without a doubt the most hilarious book I have ever read. As said by many reviewers of the book, Tom Holt is definitely one of the best creators of similes. Even during the climax and other crucial events in the book, Holt still manages to make readers like me literally laugh out loud. He makes many allusions to history, science, and other literature in his comical writing so the more knowledgeable the reader is, the more humorous the book will be for them. By no means does Tall Stories include just simple and blunt jokes, but there are many subtle lines that will make the reader think a bit to recognize the humor.

Tom Holt does not compromise his story for humor, however. Tall Stories is an omnibus that contains two tales: Expecting Someone Taller and Ye Gods!. The first story is about young Malcolm Fisher, who has accidently run over and killed Ingolf (who transformed himself into a badger, in case you’re wondering how one can run over a giant), the last of the Giants, with his car. Ingolf is the owner of the Ring, which makes the wearer the ruler of the world. Malcolm is now the owner of the ring, which does not make the other gods too happy. In this hilarious tale, the modern versions of the Norse gods, including the chief god Wotan, try to steal the ring from Malcolm, a mere mortal.

The second tale, Ye Gods!, includes another hilarious pantheon of the gods, but this time the Romans. Jason Derry, a modern Hero, is the son of none other than the Supreme Being, Jupiter, and a female mortal. Jason gets tired from being ordered around by his father without a say of his own. He conspires with some powerful beings, including Gelos, the Personification of Laughter, and Prometheus, the Titan who is hated by Jupiter. Will Jason shake off his father’s grip on him or will he continue to be a mindless servant? 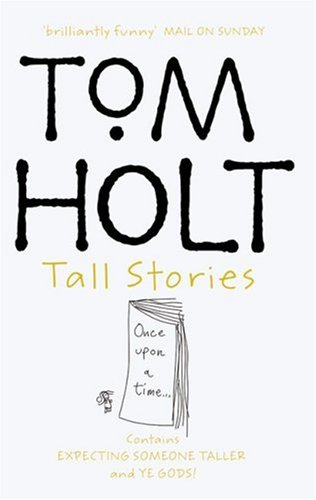