A.M. Jenkins starts the story with this line, “First thing I did was, I stole a body.” In this fantasy book, Repossessed, Kiriel, a fallen angel, is taking an illegal “vacation” from Hell. What makes this book so great is that the reader gets to step out of the “picture” and observe today’s modern teenage life.

Somewhere in the middle of the book Kiriel decides to plant three trees, like how someone carves his initials in a tree trunk. The first tree he planted was with the brother of the guy whose body he stole, Jason. Jason is a shy kid with no friends. In addition Shaun, the real owner of the body, and Jason’s relationship isn’t going so well. So in an attempt to repair their older brother- younger brother relationship Kiriel invites Jason over to his friend’s house. At his friend’s house Kiriel discovers that Jason is really good at video games. Thusly, Kiriel encourages Jason to talk to Carson, a kid who is similar to Jason that lives near them. This “tree” was great because it helped me see how I could mend my relationship with my little brother, and has revealed to me what’s really important.

The second “tree” is my favorite because it is really heartwarming. Knowing that his vacation was limited and eventually he would be dragged back to his job in Hell, Kiriel wanted to try everything, including winning a girl over. His girl of choice, Lane Henneberger. When he first told Shaun’s best friend Bailey about Lane, he disapproved since Lane was overweight. After thinking about it for a while though he approved. The first thing Kiriel had to do thought was get him and Lane alone. When he finally did though he quickly learned the concept of “moving too fast.” Thusly he had to settle for his first kiss. This “tree” teaches you to look past appearances and into people’s inner self.

The third “tree” was between Kiriel and the school bully, Reed McGowan. In Hell Kiriel’s job is the reflect the misery of souls for their punishment. To try to save a few eons with Reed, Kiriel explained to him that when he mistreats people they dislike him like he’s a mad dog. Though they don’t tell the results of the “seed” he planted in Reed you can assume that he began to treat people respectfully instead of mistreating them. This “tree” is significant because it shows us often we ill-treat people without realizing it. Hence we learn to treat people how we want to be treated.

This book is a great fantasy because it is funny, different, and unusual. The three “trees” in the story helps us under how we can improve relationships with our family/friends, our lovers, and those certain people who we dislike. To tie the book all together is an astounding theme, appreciate what you have. This is unquestionably a magnificent book. 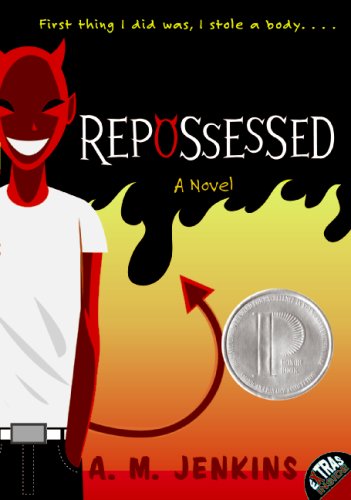 
Buy from Amazon
The author's comments:
What inspired me to write this piece was an English assignment. I hope after people read this article the will look forward to reading the book.
Post a comment
Submit your own