The novel chronicles the efforts of fugitives Charlie McGee and her father, Andy. The result of a government experiment gone awry, both Andy and his late wife Vicki were injected with a drug that allowed them limited psychic abilities. They passed on this power to their daughter, who captures the government’s attention with her pyrokinesis - the ability to start fires with her mind. The Shop, a seedy branch of central intelligence, will stop at nothing to kidnap the child and force her into lengthy experiments in which her power is monitored.

King sets the story at a fast pace to emphasize the urgent chase as the government agents hunt the two fugitives. Written in 1980, this is one of Stephen King’s early novels, and one of the first in which a child is the protagonist. His witty dialogue and ability to build suspense add to this enjoyable read. The reader can’t help but become absorbed into the action, and feel the heat rise as the tension mounts. 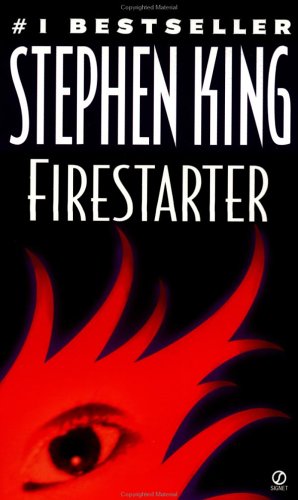