The author's purpose of the book is to depict the conflicts brought upon young women living in the 1950s who did not willingly decide to conform to the expectations of women in that era. The author wrote on this subject matter to tell a fictional story of the occurrences in her own childhood. This book is written in first person point of view and describes the conflicts of Esther's view on society and her struggle to find her own identity. This book is considered a coming of age novel and autobiographical fiction. The genre fits in with the book because of Esther's downfall and realization that she does not have to conform to anyone idea but her own.

In this novel, the author uses argument to convey the negative qualities of the society standards of a young woman in the 1950s. An example of this is, “When I was nineteen, pureness was the great issue. Instead of the world being divided up into Catholics and Protestants or Republicans and Democrats or white men and black men or even men and women, I saw the world divided into people who had slept with somebody and people who hadn't, and this seemed the only really significant difference between one person and another. I thought a spectacular change would come over me the day I crossed the boundary line.” This form of writing put emphasis on the narrators conflicting desires and ideas. It shows the argument on what young women were expected to be and what Esther wanted to become.

This book greatly affected me because it allowed me to get a full understanding of the pressure placed upon a young woman in the 1950s. I also could relate to Esther's problem with the expectations and requirements of women in that time period. I feel that women should be given the chance to build their own careers and become independent, without the expectation that they should settle down and have children. I relate to this subject because I come from a very Hispanic family, where women are expected to do everything for their men, and I have decided to do things differently. This book exceeded past its goal of showing the conflict of a young woman in the ‘50s torn between her own ideas on life and that of society. I would highly recommend this book because it allows you to see through the eyes of a women deeply isolated from society because she is pulled between her own desires and the expectations placed on her.

This book is about a young women named Esther Greenwood, a college student from Massachusetts, who travels to New York to work as a guest editor for a magazine. Esther is showered with presents by the sponsors of her trip, yet is not having a good time. She is saddened at the fact that she can embrace neither the rebellious attitude of her friend Doreen nor the timid attitude of Betsy. Esther attempts to loose her virginity to a UN interpreter but decides otherwise. On her last day in New York, she decides to go on a terrible blind date with a man who tries to rape her. Esther is conflicted between the idea of becoming a poet or living the conventional life and getting married. She remembers her old college boyfriend, Buddy Willard, who is recovering from an illness. She contemplates if she could ever marry him, but then decides that he is a hypocrite and would never marry him. She decides that she must loose her virginity to transform herself. She returns to the suburbs to discover that she was not accepted to a writing class and will have to stay with her mom during the summer. She becomes unable to read, write, and stops taking baths because the unreality she once experienced starts to take over her life. After many attempts to commit suicide, she finally makes one attempt that is nearly successful. She survives the suicide attempt and is sent to a psychological ward. Philomena Guinea, a famous writer who sponsored Esther's scholarship, decides to pay for Esther to go to a private hospital. It is here that Esther gains trust in Dr. Nolan and begins to improve with therapy, injections, and electric therapy. One day, Esther is allowed to leave the hospital and looses her virginity to a math professor named Irwin. She wakes up one morning to discover that Joan, a good friend of hers, has hung herself. Buddy visits her and they both agree that their relationship is over. Esther will eventually leave the hospital to start college in the summer. She realizes that she has regained sanity, yet knows that the bell jar of her insanity could drop at any moment. 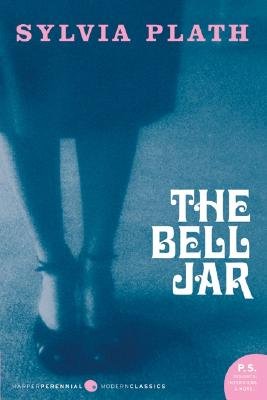 mainguyen said...
on Mar. 5 2016 at 5:01 am
mainguyen,
0 articles 0 photos 1 comment
View profile
Omg, I really love your work. I got some questions so it would be lovely if you maybe could email me on; mainguyen@live.no