Alaina was born a few years after the earth had been created and it was still not perfect. There was still something missing, but not one of the gods could put their finger on it. The earth had many beautiful things, including flowers and trees, butterflies, and the gods’ favorite creature; Man. However, something very important was missing. Each of the gods’ many creatures would die after just a few days. They wondered what they were doing wrong.

One day, after the gods had inhabited the earth once more, five year old Alaina and her parents Petra (The Light Goddess) and Dentamere (The God of the Wind), went to a field of flowers. There, Petra and Dentamere could relax while Alaina did her favorite thing: chase butterflies.

Petra concentrated hard on the horizon, and slowly the light was going away. Dentamere, in awe of the beautiful colors Petra was making against the sky, forgot to keep an eye on Alaina. When the light had been taken completely from the sky, Dentamere and Petra found that the light was not the only thing missing. Alaina was gone as well.

Fear washed over Petra and Dentamere. They called for Alaina, but there was no answer. Petra and Dentamere searched everywhere that Alaina might be. They searched Alaina’s tree house, her cloud, and then they went back to the field to see if she had returned.

When they went to check Alaina’s room, Petra broke down into tears. Sadness and fear completely overwhelmed her, and no matter what she did, the tears wouldn’t stop. Dentamere tried to comfort Petra, but it was no use. He had no choice but to continue his search for Alaina without Petra or any light.

Meanwhile, Alaina had followed the butterfly through a forest. Finally, she realized that something was wrong. When she turned around to find her parents, she could not see them anywhere. She called for her parents, but they could not hear her. Soon, she gave up calling for them, and found a cave. There, she huddled in a corner and cried.

Dentamere continued his search with anger, frustration, and guilt. There was no obstacle that could stand in his way. He blew down whole trees and tossed logs as if they were nothing but a feather. Anyone nearby shivered with fear, for they had never seen the God of the Wind so angry.

After an hour of searching, he decided that he would not be able to find Alaina on his own. He returned to the god’s home on a high cloud, and told them of his dilemma. Most of them agreed to help find little Alaina.

When the gods went back to earth, they noticed something different about it. Petra’s tears had come down to earth and they were starting to fill it. They had no time to worry about this, however, for their biggest concern was of Alaina’s safety. The gods split up.

Alaina had cried herself into a fitful sleep a half-hour before. She tossed and turned, for the rocks were very uncomfortable and hurt her back. Suddenly, she heard a shuffle outside and woke with a fright. She sat up straight, with her back against the cave wall. She heard a noise outside again. Her fear overwhelmed her. She started crying once more. Suddenly, a shadow moved towards her. She cried even harder. It moved closer and closer.

The face of Celine, the Goddess of Speed, looked down at Alaina. It showed concern and kindness. After a few comforting words to the small child, Celine took Alaina from the cave and found Dentamere. When Dentamere saw Alaina, his fear and frustration were replaced with relief and joy. He hugged Alaina and returned home with her and the other gods.

Petra, still unable to gain her composure, looked out of the window. To her surprise, she found Dentamere coming up the cloud with many of the other gods following him. Her eyes found a bundle in his arm and, realizing it was Alaina, she came running out to meet them. Her tears of sadness turned to tears of joy. Finally, with Alaina in her arms, Petra was able to stop crying. Petra and Dentamere thanked Celine in every way they could. Petra gave Celina a lantern, which she hung in the sky, so she could run even at night.

The little family returned home and was finally able to sleep peacefully through the rest of the night.

The next morning, when Petra brought the light back to the world, the gods saw something truly amazing and beautiful. Petra’s tears had filled most of the earth. Only a small amount of land was left, however the land that remained was greener than it had ever been. All of the god’s creatures looked happier and healthier. It seemed that all the earth had needed was always a part of them. It came out only during the saddest of times, and yet it left the gods brimming with happiness and pride. The earth was now complete. 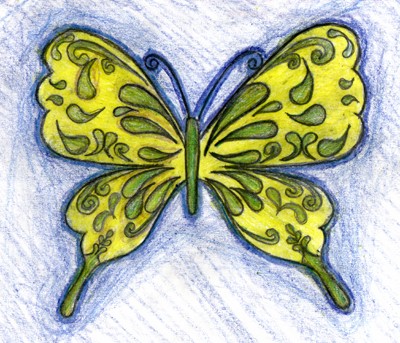 The author's comments:
I wrote this story for a history assignment freshman year. We needed to create our own myths.
Post a comment
Submit your own

View profile
Wow! This is amazing! I've always loved myths and legends so I loved this! Another thing I noticed was that in the end you say 'It came out only during the saddest of times,' I thought about how more water was coming with global warming which is sad. I don't think you meant for this to be the meaning but I think it is really cool! Also I know this myth explains the moon and the water but the water is the main thing i think you should just stick to the water part and get rid of the lantern unless you want to change it so that the moon was the main part. All over great story love to see more stories of this genre from you.
Xx_kishka_xX BRONZE said...
on Jun. 11 2009 at 9:20 pm
Xx_kishka_xX BRONZE, Eatonville, Washington
3 articles 1 photo 8 comments
View profile
Hey, thanks for the comment on my story. Really good job!