Favorite Quote:
"I loved you, so I drew these tides of men into my hands and wrote my will across the sky in stars." - T. E. Lawrence

Ariadne is a monster
Weaving tales and pulling strings
To construct a Labyrinth,
Fashioned of lies and practiced deceits,
The walls of malleable, guided words
Are covered by alibis, hard as rock,
Which twist around to take you back,
Back to where you started from.

She keeps a man trapped inside,
A man she’s named a monster.
She keeps him as a scapegoat
And blames it all on him.
A Minotaur they call him, terrible and fierce,
Horns, teeth, and flame-red eyes,
She’s given them all to him.
She keeps him wrapped in love for her,
Makes him do her service,
While promised favours,
Unfulfilled,
Line the road to freedom.

Then she concocts another weave,
A baited trap is built,
With poor Minotaur at the center
And Theseus on the hook.
She draws him in, fast and strong,
Until he’s made her slave
Then directs him toward the Minotaur,
The monster that she’s made.

Then fleetly Ariadne flies to her poor misguided lover,
And spins another tale of passion:
That of her and her Minotaur.
And of Theseus, the wretched prince, she tells him lies and slander,
She remakes violent scenes for him
So he’s in a killing mood,
Then watches the battle with baited breath,
Till brave Minotaur is killed.

It’s but a few days later
When Theseus is dropped,
Her favoured one, her chosen lover,
Is one who can make her a god. 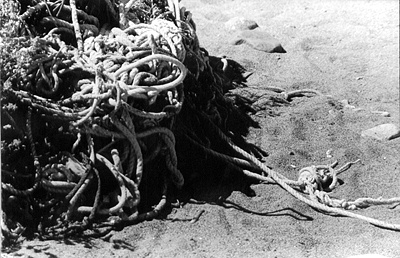 The author's comments:
I was, obviously, inspired by the story of the Minotaur. For those who don't know, the story goes that the Minotaur is Ariadne's brother, born when her mother was cursed to fall in love with a bull. He is locked away in a Labyrinth,or maze, and given tributes to kill and eat. When Theseus comes as a tribute, he and Ariadne fall madly in love. She helps him kill the Minotaur by leading him through the maze with a ball of string. Theseus defeats the Minotaur and leaves, taking Ariadne with him. A week later, while camping on an island they are forced to leave suddenly, abandoning Ariadne, who has wandered off. There she is found by the god Dionysus. Dionysus falls in love with her and marries her, turning her into a god.

This always seemed too good to be true to me, so i wondered if Ariadne had manipulated all the circumstances. I came up with this.
Post a comment
Submit your own