Favorite Quote:
"The sun is up, the sky is blue, it's beautiful and so are you." - The Beatles, Dear Prudence

Travel with me down the road I'm on
called the pathway of destruction.
Where scuttled bones and faded souls
are just a measly deduction.

Mindless acts of ceremonious tasks
which delays ones self from thriving,
Her blood was dampened with each pill
which brought the thrill of dying.

Her heart was bounded to arrest,
each breath she took, very well her last
Her friends gave utter looks of grief
she smiled and hurried on passed.

She tried to avoid all attention
daresay she was embarrassed?
each thought that slithered in her head
made her forget that she was cherished .

Twisted visions of her reflection
"not small enough" she thought.
these images caused her to hate her soul
Meanwhile, she was decoding a dream of perfection.

To be beautiful was all that she wanted.
a living skeleton was what she'd become
with every bone that would appear.
made her realize that calories were worthy to be counted.

One gasp for air and then she was done.
her heart had skipped to it's final beat.
and made them all cry in despair
"You had almost made it, dear one." 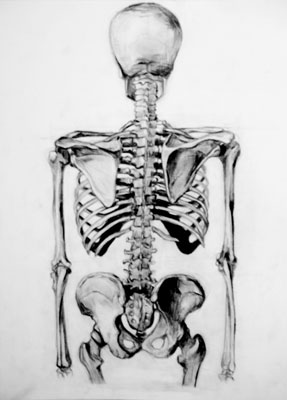 Favorite Quote:
Memento Mori- It means that nothing lasts forever, no one is immortal, sooner or later you will die and things will come to an end. It also helps you realize that while you are living you should do the most with your life, live life to the fullest.

View profile
The ballad is beautiful, speaking out about the pain, insecurities, delusions, wishes, and thoughts of one going through that.  I enjoyed it and wish that I could have heard it the way you wrote it to music or heard someone sing it.