Peace was a dream our ancestors had
Now I realize that it’s no longer in our grasp
But still, we work towards it
But still, we hold onto it with a firm clasp

The War to End All Wars, named so because of bloodshed
It was supposed to secure peace for future generations
But it didn’t do as we had hoped
And in the end, they were all empty aspirations

So now, on the eleventh hour, the eleventh day
Eleventh month of the year
We gather together and we pray
And in silence, shed a collective tear

I’m one of those few
Who knows what it means to give it your all
I’ve lost two brethren, two brothers of blood
And I lost my father as well, they all three did fall

So, I take up their place
I relieve the fallen men
So that our country may be free
Even though peace may not happen even then

If I should die, bury me with my family
Place me besides brothers, in blood and in arms
Bury me alongside them and we shall go to
The Mansions of the Lord and give them safe from harm

So to all young men out there,
Those who dream of being heroes of war
Ask yourselves one question before you sign up
Ask, “Just what am I fighting for?”


If they aren’t, then put the pen down
Turn around and stay safe at home
But if they are worth it all,
Then sign up and under arms, you may roam

So, honor those who serve
And have served under America’s Flag
It’s what they would have wanted,
For our spirit to never lag 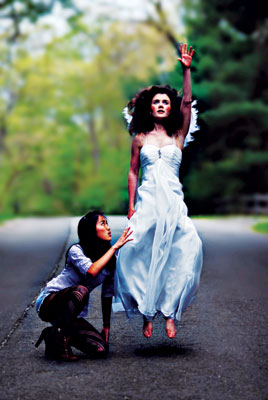 The author's comments:
Veteran's Day shout-out to all soldiers, living or dead.
Post a comment
Submit your own

Favorite Quote:
Lie after lie I die with my soul ravished.

Favorite Quote:
"When the power of love overcomes the love of power, the world will know peace." -Jimi Hendrix