She was no older than nine years old

When she met her best friend

That she cherished more than gold

Anna Grace and her friend would go out to play

Children passing by would stare at her

She continued playing with her friend

With the biggest smile on her face

After a while, Anna Grace learned

That others couldn’t see her friend

It was hard for her to comprehend

Her maturity began to extend

Of her very best friend 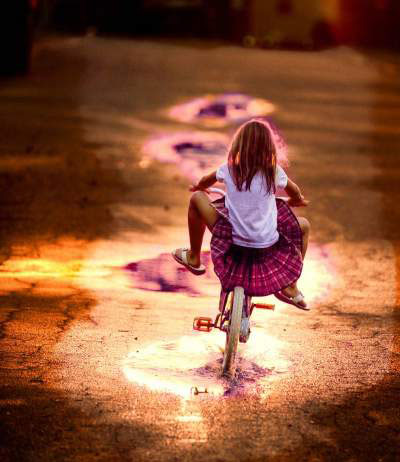 I, Maddie, wrote this poem about a young girl and her imaginary friend, who in Anna Grace's eyes was not imaginary at all.

Favorite Quote:
"if u aren't wierd ur normal, if ur normal ur boring, if ur wierd ur fascinating and the world is urs lol "
-Fredwardness

Favorite Quote:
Rely on no one but yourself.

Favorite Quote:
There is something infinitely healing in the repeated refrains of nature—the assurance that dawn comes after night, and spring after winter. —Rachel Carson