Something in the distance, something not very clear
Makes a sound so silent that I can not hear
I lean closer to the edge, where I sit so near
And I see they are memories, of this past year
My heart begins to race, making me flow with fear
I don’t want to remember this, just please not here

But the fighting does not help me, the memories flow
Taking to my broken fragile heart with a great blow
On the day of our first kiss, the day filled with snow
I was so happy that I was sure I did glow
It was my heart that would learn the lesson, and woe
A feeling that was once my friend, is now my foe

Go forwards a month or two maybe three, when you went to jail
Something stabbed through my heart like a rusted nail
I knew then that my vibrant glow was now very pale
For the truth got out and how sick it was, that stupid tale
I sat there, waiting for the train to come by and strike the rail
For I didn’t believe the story with all of the sick and disturbing detail

Go three months later, into the hot summer sun
A message from you calling me baby and Hun
I should have laughed, and made it you I shunned
But I fell for the lies, back to your arms I did run
I should have stayed away, because I know I am one
But then I was only worried about you, and having fun

Let’s go one month later, sleeping with my “Best Friend”
That was how this time the relationship did end
I should have forgotten both of you, and that I did intend
But instead I decided to play a part, act and pretend
But I get caught up in acting and it becomes a stupid trend
And the friendship I wanted gone, I did amend

How about six months later, it all started with a call
And it was you who called me if I recall
The calls started of slow, keeping the time really small
But the time started to grow, and me feelings made me fall
Again for you, I would walk until my feet gave in and I had to crawl
It was a stupid thing for me to do all in all

Let’s speed things up, it happened again with nobody to blame
You must be a good shooter, with perfect skilled aim
Through my heart you sent a fiery flame
Sleeping with her again, like it was a game
I will tell you now, I will reveal your name
Because I have nothing more to shame

Your name is Scott Wayne S., and you hurt me
You stung my poor heart like an angry bee
But I will no longer beg or plea
For I am done with you, you see?
I have went through heartbreak number three
And I fall off the ledge, into the sea. 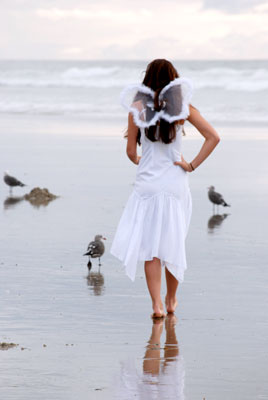 Favorite Quote:
When you are in Love you can't fall asleep because reality is better than your dreams
The hottest love has the coldest end.
Love begins with a smile, grows with a kiss, and ends with a teardrop
Falling in love is awfully simple, but falling out of love is simply awful.

Favorite Quote:
"Not all those who wander are lost."
-J.R.R. Tolkien

View profile
I must admit, you've got talent and you're a lot better than me. 5 stars