The Story of my Coping | Teen Ink

The Story of my Coping

Everyone he knew had a feeling
When he died
A numb and uptight feeling that wouldn’t let up
When he stopped breathing
And said his last goodbye.

I got that feeling when he passed away.
My lungs hurt as if I wasn’t getting enough air
And my heart skipped a few beats.
My muscles were paralyzed and deadened,
My brain unable to concentrate.

My mom told me the truth
After school in the car.
“He died this morning.”
But I didn’t cry or stare at her
Completely dazed.
I already knew, so it was no surprise that he’d passed.

My brother’s pool party was torture.
I tried to read, but thoughts of him
Invaded my thoughts.
Music didn’t help either
For it reminded me of experiences I’d had with him.
So I stared into the distance,
Or the other side of the pool,
And dreamt and prayed that he’d be alive again…
That this was a false alarm…

The following days were the last at school.
I was supposed to be happy for summer,
But summer reminded my that his funeral was next week
The week after school got out.
So as I signed yearbooks and half-heartedly hugged people
I dreaded going to this funeral.
I couldn’t stand to have a whole hour where they talked about him
Nonstop tears…nonstop pain…

When Tuesday rolled around, I felt like I could go back to sleep.
I didn’t want to cry all morning and think all afternoon.
But I had to.

The funeral began with little bells and chimes ringing,
Then a hymn or two.
The preacher stood and spoke about him,
His integrity, his wonderful spirit, his past skating career,
And all I could think about was his face, dead and cold,
That had been cremated the week before.
His children stood and read some things about him
When they were young.
I stood up and read a poem that they had picked out before
He died.
I was crying all through the whole thing
Wishing he were beside me,
Hugging me close and telling me it’d be okay.
But he couldn’t, so I just sat and cried.

After the funeral,
We went up to say our goodbyes to his wife and children.
We said “I’m sorry” and “Goodbye”
A lot more than I’d ever said them in a row.
And when we left the church
And drove home
The sky opened up and poured down rain
As if God Himself was crying about the loss
Of a wonderful man.

At home for the next week,
I was secluded in my room, reading or writing.
I ate very little and slept a lot.
But once I realized that I should live my life to the fullest
Because he couldn’t finish his,
I began to live more and more.
And now it is as if he never died,
As if he had never had cancer… 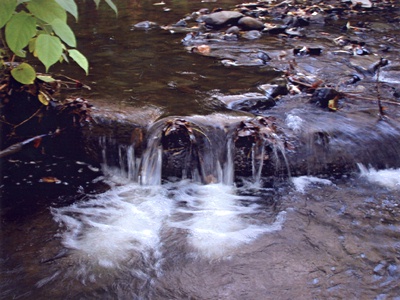 The author's comments:
A really good friend of mine died of colon cancer a few weeks ago. This was a challenge for me to write, but I hope you enjoy it.
Post a comment
Submit your own

View profile
hey yeah it's me again and um like crap. i can't even think of words to write about this piece it was so perfect. and im sorry too. yeah so i wish i could write like that. and ummmmmmm.......amazing piece, your amazing, and an AMAZING writer! xo, A
bECCAiScRAZYaWESOME BRONZE said...
on Mar. 26 2010 at 5:06 pm
bECCAiScRAZYaWESOME BRONZE, Houston, Texas
1 article 0 photos 3 comments

Favorite Quote:
"I was winning Mario Kart then I realized I was looking at the wrong screen" -my friends

View profile
wow. you made me cry. one of my friends died the day before valentines day and it felt just like that. you are amazingly talented.
-alice- PLATINUM said...
on Jul. 5 2009 at 5:20 pm
-alice- PLATINUM, Colorado Springs, Colorado
21 articles 0 photos 81 comments

View profile
Thank you so much! I was crying my eyes out when I wrote this poem, so that might be where the emotion came from. Thanks! I will DEFINATLY keep writing.
xXsmileXx PLATINUM said...
on Jul. 3 2009 at 5:42 am
xXsmileXx PLATINUM, St. Louis, Missouri
34 articles 0 photos 265 comments

Favorite Quote:
"Your dreams only become intangible when you stop reaching" ~me ;)

View profile
The emotion is running rampid in this poem. Its like images take over and you aren't even reading anymore, just reliving your own experience. Awesome job. Keep writing!!!!!