Over the years, baseball has been played by everyone from the noblest athletes to downright dirt bags. The past 20 years, known as the Steroid Era, are a time in baseball's history I wish I had not witnessed. If I could, I would erase these two decades from the records.

Players including Alex Rodriguez, Barry Bonds, and Manny Ramirez – all linked to alleged steroid use – have tarnished the game's reputation. They are undeservedly breaking records set by greats like Hank Aaron, Roger Maris, and Babe Ruth. These legends are losing their place in history to cheaters. Bonds now holds the record for the most career homeruns, and A-Rod is on pace to finish in the top five on that list. Maris no longer holds the record for most single-season homeruns, and the clean players of our time, like Jim Thome and Javy Lopez, are being overlooked.

The big question baseball's steroids scandal raises is whether a player suspected of cheating should be allowed in the Hall of Fame. Some say yes, some no. Some say it would be fine with an asterisk next to the name. Mark McGwire, who recently admitted to using steroids, was rejected in the past, and José Canseco is out, but there could be future openings. ESPN.com's Rob Neyer, quoting the Hall of Fame rule book, put it this way: “Voting shall be based upon the player's record, playing ability, ­integrity, sportsmanship, character, and contributions to the team(s) on which the player played.”

Is pumping yourself full of illegal testosterone to hit a few bombers displaying any of these qualities? Some players do this to boost their careers, not to help their teams or promote the game. And through their actions they hurt not just their reputations, but their opponents' reputations as well. One homerun earned as a result of performance-enhancing drugs could spell the difference between the team that takes a long bus ride home to watch the playoffs on TV and the one that plays in the championship. Every homerun hit by a juiced-up batter hurts a pitcher's record. And every strike-out a jacked-up pitcher throws hurts a batter's résumé.

We will never know if some of these players really deserved the Hall of Fame or the bench. They annihilated their chance to prove their real talent when they took illegal substances. Now we have no choice but to assume it was all due to the drugs. The Steroid Era is a disgrace to the game of baseball. Players who chose to cheat and lie have not only marred their own places in history, but also the records of other athletes, and that is the biggest disgrace of all. 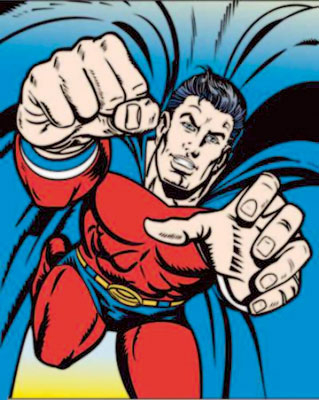 Favorite Quote:
"to live is gain, to die is Christ."

View profile
but what about the players who can still hit it that far w/o steriods and like Albert pujols or Rizzo. your saying that in football people can use spike on their helmets
trav130 BRONZE said...
on May. 1 2013 at 9:14 am
trav130 BRONZE, Gridley, Illinois
3 articles 0 photos 8 comments

Favorite Quote:
"to live is gain, to die is Christ."

View profile
STERIODS ARE BAD  i think people using steriods could be admited into the hall of fame if they were still considered good in the seasons without steriods
ATV494 said...
on Oct. 11 2012 at 2:36 pm
I agree with this article, the sport of baseball has been tainted by steroid use. Steroids makes the sport look bad if its illegal and people are still using it. The records should still belong to the greats like Hank Aaron, Roger Maris, and Nolan Ryan. We need to remember that there are still clean players that are great.
dirty harry said...
on Jan. 3 2012 at 1:17 pm
they should use steroids who doesnt want to watch a 300 pound man crush the ball 600 ft. thats way better than a man bunting the ball every time he comes up to the plate.
brownie said...
on May. 21 2011 at 8:00 pm

i agreee, wen people compare barry bonds with Ken Griffey Junior, they immediately say that Bonds was a better player, Bonds robbed Griffeys posibility of being the best of their time, by cheating... steroids should not be ok, players should not be able to get away with it

View profile
In my opinion, I think if they're using steroids they shouldn't be admitted to the hall of fame. I completely agree with you. I mean, if they went in the hall of fame, it'd be a disgrace to all the other baseball legends like Babe Ruth or Hank Aaron.
mizzoutiger23 said...
on Mar. 23 2010 at 7:51 pm
Idk where it said anything about the inventor of baseball but this is my attempt to clear things up. Abner's name is commonly mentioned but it was Alexander Cartwright that set down the first official rules of baseball
mizzoutiger23 said...
on Mar. 23 2010 at 7:41 pm
I dont like the asterisk. To me, a hall of famer is a hall of famer
mizzoutige23 said...
on Mar. 23 2010 at 7:37 pm
undeserving dirt bags? i wouldnt say that.. cheaters? yeah they tried at least. nobody knows the exact effect of steroids... its guessed it may increase a hit by 10 or 15 feet.. not much. Not to mention, hitting a home run off a professional pitcher is an impressive feat no matter how you do it. "Bulking up" on steroids is not going to instantly make you a good hitter.. Hank Aaron was about 6'0" 180 pounds thats not very big at all.. im in good athletic shape, can dunk a basketball, and im 170 at 5'9"... point is Aaron was not a bulky guy and dont forget he had those short 385 foot power alleys in Atlanta.. much like bonds short right field in San Fransisco. And you attack the steroids but what about Maris having a longer season? McGwire hit 70 in the 155 games that he played. Americas favorite pastime was a dying sport until the McGwire Sosa homerun race.. they deserve the hall of fame for saving baseball
Football33 said...
on Mar. 8 2010 at 1:41 pm
I think that they should be allowed in the hall of fame but like it said there should be an asterisk beside it so that people know that the person may have cheated during the game of baseball.
tarheel13 said...
on Jan. 19 2010 at 2:19 pm
I like the article but i dont agree with some points i dont agree that baseball was inveted by doublebay i think it was invited by some kids who wanted to have fun. I also think people that use roids should not be alowed in the hall. The steroids pumped the statistics and stats and stuff
shannondavis said...
on Oct. 29 2009 at 7:02 pm
love you hahahahah
powera said...
on Oct. 29 2009 at 12:46 pm
First off, i totally believe with what you are saying. I am a strong believer that baseball has been ruined to a certain degree with all the steroids being used. Also, in your writing, I like how you give specific details. You give names of players that once set records, clean, and ones that have broken them who are not clean, such as Barry Bonds, and Manny Ramirez. Using PED's (performance enhancing drugs) lowers a players reputation and its not setting a good example for young boys and girls who look at these players as role models.
baseball5 said...
on Oct. 26 2009 at 10:14 am
baseball5, Amarillo, Texas
0 articles 0 photos 1 comment
View profile
Abner Doubbleday did not invent baseball
morainj said...
on Oct. 22 2009 at 7:16 pm
To start, i believe in all of your thoughts. I too believe that exceptions to the rule, such as Manny Ramirez who pays a fine every day his hair touches his shirt, should never be allowed in The Hall if they have ever used any PED's(performance enhancing drugs) Also i like how you pay contibutes to the clean legends from earlier parts of baseball such as Babe Ruth. You do these by stating " these legends are losing their place in history to cheaters." I also believe in how you sate the rules to be embarked into the hall of fame. People like Rckey Henderson who holds the record for stole bases (1406) did not need PED's to set those records.
zeckowskij said...
on Oct. 16 2009 at 10:53 am
First of all, I especially like how you give the inventor of baseball, Abner Doubleday. I agree with your thoughts about the cheaters of the game of baseball today. I agree that steroids have completely ruined the game of baseball. I do not think that people who have been caught using steroids should not be allowed to be part of the Hall Of Fame. They cheated! That doesn't make them good baseball players. It makes them cheaters. I agree with most of these points in this article, and it was well written with almost no errors.