Is Cheerleading a Sport? | Teen Ink

Is Cheerleading a Sport?

When someone says, “Cheerleading is not a sport,” or “Cheerleading doesn’t take skill, anyone can be on the team!” You may not hear the end of it by anyone that does cheerleading. Tons of individuals do not recognize cheer as a sport. Others may think cheer is girls only trying to look pretty on the sidelines. But in reality, cheerleading is the total opposite. I have been a cheerleader for around 8-9 years. I am a sophomore in high school, and I do two competitive cheer teams. I personally quit sideline cheer, but I will be returning my junior year. As a person who has done both sideline and competitive cheer; competitive cheer is definitively a sport.

Many people do not know or do not understand the difference between sideline and competitive cheer. Some may have not known there was competitive cheerleading. In my opinion, there is a huge difference between the two. I’m sure tons of people have gone to football games and seen cheerleaders on the sidelines. They have pom-poms in hand and are smiling towards the crowd. During halftime, they go out to the middle of the field and perform a minute to a 2 minute routine. What others may not realize, there is a different type of cheer. This different type of cheer is called competitive cheerleading. Cheerleaders can start at age three to when they graduate college. Cheerleaders compete in a 2 minute and 30 second routine, which involves tumbling, jumps, stunts, and dance. Cheerleaders take lots of practice, commitment, dedication, and hard work to achieve the best version of themselves. Between the two, sideline cheer takes skill, but competitive cheer is definitely a sport.

Most individuals don’t acknowledge how much skill and strength it takes to be a cheerleader. From working on tumbling, by advancing their stunting skills, making sure they don’t drop their flyer, and accomplishing higher jumps. Cheerleaders have to condition themselves to make sure they will be able to do these things. Conditioning is most important for stunting. In stunts, bases (who hold the feet), have to make sure they use their legs to push the girl up in the air. Flyers, (the girls that are up in the air), have to make sure they often stretch so they can hit heel stretches, scorpions, bow and arrows, and much more. Flyers also have to make sure they keep their core tight, or the stunt may fall. Backspots (who are in the back of the stunt), have to count for everyone and make sure the flyer NEVER hits the ground. Backspots have to help push up the stunts, and are often called “the leader of the group,” because they can see what may go wrong in a stunt and communicate what the group can improve on. When tumbling, cheerleaders have to have proper technique to hit their tumbling. It takes good core strength to tumble. For jumps, girls have to stretch every day so they can have higher jumps. But in most cases, people fail to recognize how much conditioning comes as a cheerleader. “I’m a basketball player myself, and cheerleaders don’t condition as much as we do. They do a little routine, while we continue running for around for 30 minutes straight.” Cheerleaders do perform a 2 and a half minute routine which people may come to think that it’s like a breeze. But the amount of practice and skill it takes to perform all skills in that time frame, is difficult itself. Cheerleaders go to the gym and workout to achieve their goals, like every other sport. People should notice how much cheerleaders dedicate themselves to become the best they can be.

Cheerleading takes lots of practice, commitment, skill, dedication and time which some people don’t recognize. If you are an individual that disagrees that cheerleading isn’t a sport, I consider you reanalyzing the certain points and facts. 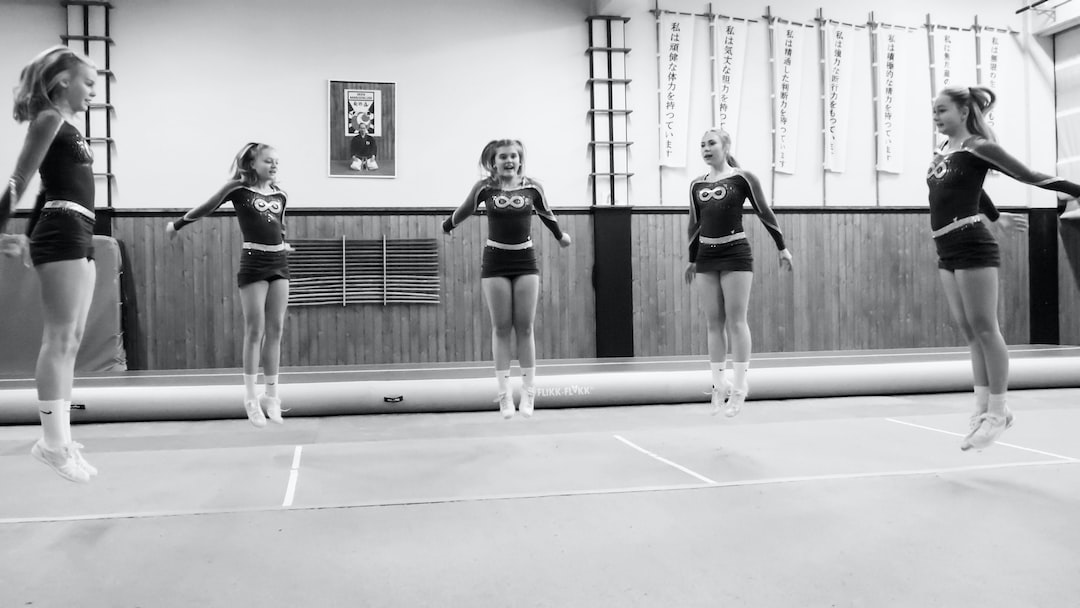 Photo by Stripe Media on Unsplash

I have been a cheerleader for 8-9 years.