Why do we like video games so much? | Teen Ink

The first time I was introduced to video games was when I was eight years old, my brother handed me his laptop and said “you want to play Minecraft.” This is a dystopian game that I got addicted to for a short period of time. I can vividly remember sitting in school just getting through the day so I can go play Minecraft when I get home. I would compete in games like “egg wars”, or “sky wars” which would prompt you to be the last one standing out of everyone floating in the sky with certain objections. I got really good at these games and winning brought me a lot of pleasure, but that wasn't always the case.

When I would lose it would take a toll on my mind. It got me really upset when I would lose a game. Losing is what motivated me to get better, so I would never have to feel that pain again. I would smash my hand on the table or shut the computer when I lost. Sometimes I would internally scream when I lost because I didn't want my parents to worry at that age. As I got older I would still get very upset but I learned how to contain it better. But as I got older I used the game/games to take my mind off of things that I'm stressing about. I was never stressed as a kid and thought that my siblings were weird when they said they were stressed. I never understood because I never felt what they felt as I played these games and had something else to think about. While my siblings were stressed I would walk around with a smile on my face not worrying about a thing.

We all play games for different reasons that help us in many different ways than just taking the game off our minds. There is an ample amount of positive and negative effects of playing games but the positives outweigh the negatives. One positive effect is Increased hand-to-eye coordination. When you are playing a game, you have to see everything and take account of everything that is happening at one time. This can be very challenging for the mind therefore training it to get better every time that you do it. Another positive aspect is faster decision-making. In a time-sensitive situation in most online multiplayer games, you have to make a decision that can either lose you or win you the game at a split-second notice. You have to study the game through experience to know what decision will help lead you to a win. Faster problem solving is also a major positive effect of gaming. Learning how to problem solve is a big thing in schools across the globe. Learning how to do it while simultaneously having fun can very much impact you in a positive way.

The negative effects are also seen across gamers everywhere. One of the biggest negative effects is dopamine addiction. This is very prominent because when the human brain wins anything their dopamine levels spike making people want to chase that feeling over and over making them feel addicted to the game. Another negative effect is that online people don't care what they say or do so you may be exposed to toxic gaming environments. These environments can cause you to start acting like the people in these communities and maybe even make you become more toxic as a person.

To sum up everything that has been stated so far, people game for the right reasons, like relieving stress, mastery, and competition. Gaming can impact a person in great ways other than helping them escape a stressful situation and can help them develop essential life skills to help them in the future. 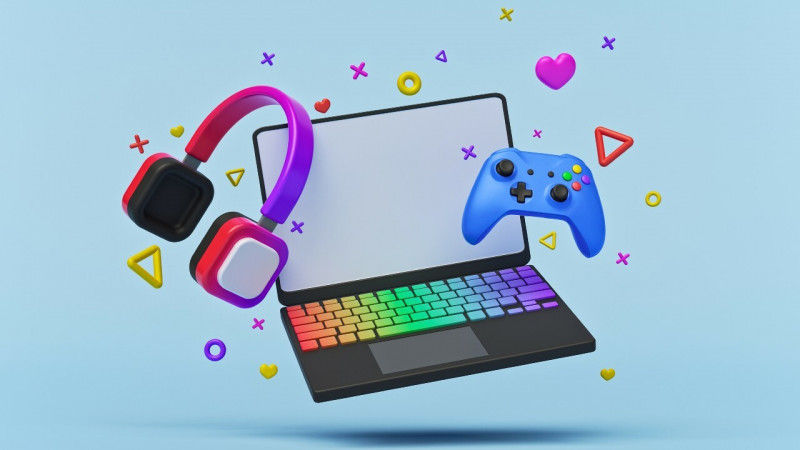 This piece relates to me and I can image a lot of people who would enjoy reading about this topic and how to affects people in their lives.