Sexism in the Christian Community

There's a real prejudice against us in the recent years, and I can't really blame people. Almost everyone has been negatively effected by a religious person at some point, often in the name of their views, including me, and I am a Christian.


There's a lot of hatred out there—I'm sure you've heard of Westboro Baptist Church and the awful practices that go on there.


Some hatred isn't direct. Like the kind I've received.


There's not a thing in the Bible to oppose it, yet, it's still a problem, Why?


The main reason for sexism in the Christian community is the “Being a Good Wife” lectures given daily. And of course, the “Make Sure to Be Modest!” one as well.


The former is a huge issue that's been battered into me for years. I've never wanted children or a husband, I always thought of myself as independent and career-built. Not that you can't have a career and a family, I just always wanted one more than the other.


But still, even now I as I continue my studies in chemistry and toxicology, hoping to pursue a career in forensic science, I still get it.
“What about children? And a husband?”


Every time I hear it, I can feel myself deflate, feel a another seed of doubt planted in me. Because I've never heard a Christian boy being asked about how he'll have a wife and kids, all I hear said to them is, “What college do you wanna got to?” And, “What career do you think you'll go into?”


And every time they answer, there's a smile on the other person's face. They never ask about kids. Or a wife.
I've learned to start arguing with this type of thinking when it's directed at me. I've learned to start saying, “No, I don't want a husband or kids. It's not for me and I'd rather focus on my career.” And even after that, I get the “Gender Roles” speech.


You'd think people would know better by now, but I still get it.


Then begins the “man is meant to provide for wife, wife is meant to bear children for man.” As if this is 200 B.C.
This is not the only way to live.


I want to be clear, I don't think there is anything wrong with living that way, if that's what suits you. It's when it's being forced upon you that it becomes a problem.


Husband, wife, and two kids is not the only way to be a family.


Now I'd like to talk about the latter problem I mentioned, “Dress Modestly.”
You'd think this was harmless.
But no.
Here's the thing, I've always dressed pretty modestly. Yeah, once in a while my top might be a bit more low cut than the other girls', but I keep it pretty “classy” as they like to call it.
Here's where the problem actually starts: body shaming.
You've heard the term.
You probably have mixed feelings about it, or maybe you're sure of your opinion. Either way, you've thought about it before.


I want to go back a moment to where I told you that I believe in dressing modestly. I do. It makes me feel comfortable. It empowers me to feel beautiful.


But I understand that it doesn't do that for all women.


I believe above all else in freedom and equality. I believe America should be a place where everyone is free to express their opinions and do what makes them happy. I don't have to agree with it, but I also don't have to hate on it.


That aside, I think body shaming women is unjust for a few other reasons.


One, it makes girls ashamed of having bodies.


This is a huge problem. From birth 'til death women are sexualized. I think it needs to be clear to all little girls and teenagers that your body is not inherently sexual.


Two, being a man has no consequences.
I think there's a lot of reasons toxic masculinity is damaging, but that's a different article for a different day. For now, all you need to know is that men are free to flaunt their bodies and are encouraged to engage in sexual activity where women are shamed for it.


It's an age old song. Everyone tells girls to be pure, to be careful, no tells men not to impregnate women prematurely, or not to rape them.


And you'll also notice that a bra strap is a crime, but pants sagging halfway down a guy's butt is totally fine to most people.


Three, you are often teaching girls to hate themselves and their bodies. I developed a lot faster than my sister. I had breasts by eleven. And I watched my sister allowed to wear bikinis and crop tops when I was not. I was sure that this was because I was chubby and my mom was ashamed of me. She later explained that she didn't want me to wear things like that because she didn't want to sexualize me.


If you are sexualizing an eleven year old, you are the problem, not them.


I could go on forever, listing things I've experienced that have beaten me down, made me to believe I'm not good enough just because I'm a girl.


But I think for now, this summarizes my opinion on being a girl in a Christian Community and why we need not press our own views onto other people.


There is sexism in every community. 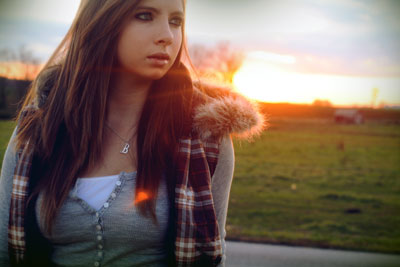 Favorite Quote:
play the music, turn it up loud, dance around, and drown out reality

Favorite Quote:
when life gives you lemons.. make applejuice to avoid the situation!

View profile
I completely missed this reply because I haven't checked this in a while, but: No, I've never heard anyone ask any of the guys to put a shirt on (and they do go shirtless at summer parties and such). I get what you're trying to say--the sexism DOES go both ways and men are expected to do things like start a respectable living, marry and support kids and a wife.
However, this post was to highlight the struggle that SOME women go through in SOME churches. This was just based off of my own experiences.
Sparaxis GOLD said...
on Apr. 4 2018 at 9:38 pm
Sparaxis GOLD, Saint Marys, Georgia
13 articles 1 photo 307 comments

View profile
If anything, I think its worth pointing out that girls can end up breaking the seventh commandment by looking at a guy's exposed rear.
Sparaxis GOLD said...
on Apr. 1 2018 at 4:22 pm
Sparaxis GOLD, Saint Marys, Georgia
13 articles 1 photo 307 comments

View profile
So... nobody has told a muscular guy to put on a shirt to avoid females lusting after him?
NimWallace PLATINUM said...
on Mar. 30 2018 at 7:40 am
NimWallace PLATINUM, North Smithfield, Rhode Island
38 articles 0 photos 41 comments

View profile
Some are more open minded than others. But for the most part, people seem to have only one idea for women: being mothers.
Sparaxis GOLD said...
on Mar. 28 2018 at 6:37 pm
Sparaxis GOLD, Saint Marys, Georgia
13 articles 1 photo 307 comments

View profile
Well you got that right about men and women being created different. Doesn't anybody say it's okay for women to have careers or be single (if it's God's will, of course)?