"Life, the Universe, and Lucy"

Favorite Quote:
Life is like a story, and every story has to have an author; so who is the author of life? We are. We all are.

When I was five, I had an imaginary friend, a mouse named Lucy. Lucy and I had lots of fun together. We stole cookies from the cookie jar together. We played hide-and-seek in the park together. We even tried digging a tunnel all the way to China together. When I turned six, however, everything changed. I had just started kindergarten a few months prior, and I was learning what it meant to interact with real, tangible people. Unlike Lucy, the children in my class didn’t want to play with me. They didn’t think I was as amazing and special as Lucy thought I was. They were much more cold-hearted to me than Lucy had ever been, even when she was really mad at me. These children had likes and dislikes that differed from my own, and try as I might, I never could figure out a way to please them – to gain their acceptance. The children in my class taught me that the world is a cold, dark place. Therefore, I spent more and more of my time with Lucy, in our imaginary world where we could do whatever we wanted, whenever we wanted; and anything was possible. One day a group of girls overheard me talking to Lucy and asked me to whom exactly was I speaking. Being as naïve as I was with the workings of the real world, I told them about my dearest friend Lucy. I instantly regretted this decision because afterwards, Lucy and I became the topic of their incessant ridicule. My classmates told me repeatedly that Lucy wasn’t real, and I was crazy.

Christmas Eve came in December, and my eyes glistened with the thought of Santa Claus coming to visit my house. As I set about preparing his cookies and milk I began to think about what Santa would bring me: the trampoline I had been wanting, the lego set, or maybe even a time machine so Lucy and I could go see the dinosaurs. Then, I thought about Lucy. I wondered what Santa would bring her. She never told me she wanted anything for Christmas, so I made a wish list for her. I included cheese and string and plenty of cookies: Lucy loved cookies. When the next morning came, I opened my present from Santa Claus: a remote-controlled truck. I searched all around the Christmas tree to find what Santa had left for Lucy, but my search yielded no results. I consulted my parents as to why Santa didn’t leave my friend Lucy a present. Their answer was not at all what I was expecting. They told me, “Because Lucy isn’t a real person.” I spent the rest of my day in melancholy, alone in my room, crying because no one believed me… no one believed in Lucy.

I went back to school in January and listened to the other children talk about the presents they had received from Santa. One of the girls approached me and asked what Santa had brought Lucy and me. I told her, “Santa brought me a truck, but he didn’t bring Lucy anything.” She snidely replied, “Well, I told you she wasn’t real, even Santa agrees with me.” That was the last time I spoke to that girl, but deep down inside, I felt that she was right all along. That day was also the last day I ever mentioned Lucy. Lucy understood what had happened to me deep down inside, and she said “Good-bye” to me in my dreams. She died that very night… from a broken heart.

The rest of the year passed in a sort of mindless blur. The rest of the kids warmed up to me after I stopped talking like a lunatic, but I didn’t make any real friends. The next year was less difficult because I changed schools to a place where no one had ever heard of Lucy and me. I made friends there, and we had lots of fun together, just like Lucy and I used to. They taught me things that Lucy had never been able to explain to me. My friends taught me that the Tooth Fairy wasn’t real, and sure enough I caught my mom in the act of exchanging my tooth for a quarter. They taught me that Santa wasn’t real, and this time I caught my dad. My friends helped me to grow up – to put away my childish beliefs. 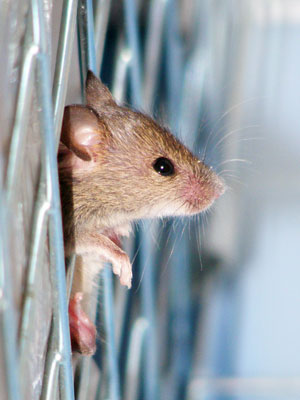 The author's comments:
"Lucy was a friend of mine;
We were two peas in a pod.
But Lucy died of a broken heart,
And I lost faith in God."
Post a comment
Submit your own

I had a similar experience, though I wasn't the one being told these things didn't exist and I'm pretty sure I wasn't the one saying it. I had imaginary friends but I don't remember ever seriously believing in them, I think I've always been too aware.

All I can say is that whole system of Santa Claus Tooth Fairy Easter Bunny etc. is probably what started my downward perspective on religion. Everyone reinforces these things when we're young and then by a certain age, it's expected that we drop it. I don't really remember seriously believing in Santa, because even at that age I knew that flying sleighs and glowing reindeer noses belonged in movies and story books, so I was a bit perplexed why everyone kept saying it. If their goal was just to bring me more joy to a celebratory season (which is usually the case), they only soured my experience a bit because they were asserting I believe in something that sounds just as crazy, if not more, than Big Bird, which was obviously just a sweating employee in a yellow bird costume. So I eventually made the connection to another area of my life.

But depending on your perspective of a god, I wouldn't neccessairlily describe it as childish. Most perspectives of a god or gods definitely are, though, since most, especially in the major religions, are based on the Carrot and Stick system.

View profile
This was very well-written, but unlike the tooth fairy, easter bunny, and santa claus, there is constant, daily proof of God.