Favorite Quote:
I don't have many favourite quotes , though I do love the truth that 'change is constant .'
For you , a thousand times over - Hassan , The Kite Runner
If you want to leave footprints in the sands of time , don't drag your feet - Rudyard Kipling

Whether or not you’re an avid tweeter, you’re probably familiar with the more recent ‘#Ferguson’ hashtag that is trending now and the less recent ‘#YesAllWomen’ hashtag that had been trending a couple of months ago. As someone who’s actually scoured and even participated in these outlets of outrage and dissent, I’ve come to a substantial conclusion: that there will always be people who will exercise their ‘right’ – note, ‘privilege’ – to defend themselves, if they so feel ‘attacked’.

Okay, so you’re probably thinking right about now, “Here we go, another one of those rants about oppression and privilege and yada yada yada!” And know what? You’re right. Truth be told, I’ve been lucky to have never been on the receiving end of the systemic violence and social inequality that so plagues MANY ‘first-world countries’. That being said, I probably have no right to stand up for or defend those who have been – because my involvement is only as a ‘desperately-subjective third party trying to empathise’. But, I will not let that stop me from trying to understand these experiences. That will not stop me from trying to understand that there are people out there who live under the shadow of there never being another tomorrow. That will not stop me from addressing the people who so chose to use the aforementioned mediums for their own selfish need to ‘defend themselves’.

Yes, I am well aware that ‘not all men’ leer, rape, harass women or partake in sexist behaviour. Yes, I am well aware that ‘not all white people’ are racists and believe that racism doesn’t exist anymore. But, I have to put my foot down and let these people - who believe they are exempt from persecution because they are ‘not like the rest’ - know that they are not entitled to use these mediums to defend themselves because it takes focus off the real issue. It takes focus off the actual experiences of marginalised groups of people who DO experience inequality and violence on a daily basis because ENOUGH people partake in exercising their antediluvian, toxic beliefs.

I completely understand why you would be taken aback, maybe even offended. And yes, you have every right to voice your opinions, your thoughts by right, yes. But by doing so (in these mediums specifically), for the sole reason of defending yourself and proclaiming innocence, you are exercising your privilege – as a man, as a white person, as a white male etc. – and placing your ‘hurt feelings’ over the feelings of those who have lost so much. Over those who are experiencing pain every single day due to a larger part of your more privileged group. And you can choose to ignore the truth behind my words and feign ignorance and continue to speak out about the ‘hardship’ YOU are facing, but please know that every time you do, you are silencing someone who is already having a hard time being heard. You are diminishing these people’s experiences because you can't understand that ALL marginalised people are not making generalisations. You have wasted the opportunity to actually stand up for those who are oppressed on a daily basis and use your privilege to speak for them, with them.

You have wasted the opportunity to prove why you are not like all the others. 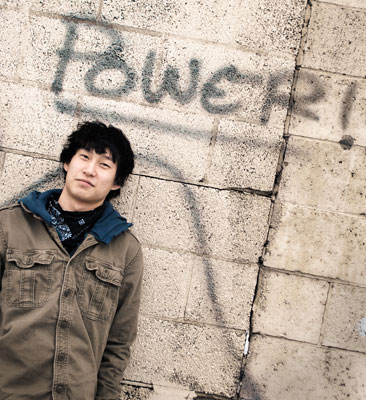 Mikey123 said...
on Feb. 7 2015 at 7:50 pm
I live in the United States and I have the right to free speech. If I want to defend myself from unfounded accusations based on broad generalizations then I will. I will not take the opinion of the hive mind as fact and I will speak my mind. If I have problems, the fact that i have privilege does not wish them away and I have the right to complain And there is nothing that makes it wrong for you to comment on this, no matter what your "privilege status" is. What is wrong for you to say, however, is to say anyone could "speak for" somebody else. If I had a nickel for every time I saw someone who is "oppressed" decrying people like you who want to use their problems to shut down all debate by pretending to speak for all of them, I'd be rich.
Thefanatasticagirlie101 SILVER said...
on Jan. 8 2015 at 5:24 pm
Thefanatasticagirlie101 SILVER, Euless, Texas
6 articles 0 photos 59 comments

View profile
As the great Barney Stinson would say, "Legen- wait for it, Dary. Legendary." You just voiced out things I wish people would get nowadays. Because in the end, we are all human beings and should look at each other as equals.
Proudheart PLATINUM said...
on Jan. 8 2015 at 1:39 pm
Proudheart PLATINUM, Evansville, Wisconsin
32 articles 5 photos 18 comments

Favorite Quote:
"If you are going through Hell, keep going." -Winston Churchill

View profile
This is awesome