This year, as a result of the high demand for Spanish and the retirement of Central's only German teacher, Central is offering Spanish as the only foreign language class. With the increasing numbers of Spanish speaking individuals, many schools across the country have adjusted their language curriculum to focus on Spanish. It is the language of approximately 20 countries, as well as over 28 million Americans who speak it at home, not to mention Spanish menus, signs, labels, and even church sermons.
Learning Spanish has obvious local benefits, but why do high school students have to learn a foreign language at all? Tennessee schools require every college-track student to take 2 credits of the same language before graduation. Aside from school requirements, other benefits of bilingualism exist. According to the American Council on the Teaching of Foreign Languages, being bilingual has a positive effect on intellectual growth, enriches and enhances your mental development, and increases job opportunities in many careers, just to name a few.

However, one size does not fit all. Senior Rebekah Morgan said, "The world is made up of more than just English and Spanish and you need other diverse languages like French, German, and Chinese even."
Depending on each student's goals for his or her future, different languages may have more benefits than another. For example, if you plan on going into International Business with a focus on Asian countries, Mandarin (Chinese) might be the choice for you. If you want to work with the United States' Spanish speaking population, the ability to speak Spanish will be an asset. If you are interested in the fine arts, from ballet to cuisine, or if you plan on traveling in Europe, you may want to study French. If you are bent on a medical career, by studying Latin you could learn the Latin roots to medical terminology. German's similarities to English could enhance your understanding of our native language.
Spanish teacher Ms. Shelton said, "I feel like its their [students] choice, because I don't know what each student wants to do in life. In this area, I feel there are 3 that dominate: of course, Spanish, because its the course that's most spoken. French, because we have people in Louisiana and people off the beaches who speak French, as well as French-Canadians. Of course, German, because our language comes from German roots. If you can speak any of those languages, it will help you with your English skills."
Unfortunately, at the moment, if you want to learn a language besides Spanish, you have to do it on your own time, since Central's options are limited.

When the beloved German teacher, Mr. Cox, retired last year, Central could not find a replacement teacher. Students who needed to finish their German II requirements this fall are taking the course online, an expense that Central cannot afford in the future. That leaves one option, and students needing to fill their foreign language credits have quickly filled up Spanish classes.
"It's [Spanish] probably the predominant language in the United States anymore," said Principal Riden. "We can't afford to use a Spanish teacher to teach French when we are full in Spanish." Riden said Central will most-likely not offer French as a course in the future. "French," she said, "is considered a dead language in the United States and most schools are going away from French and taking up things like Mandarin and other languages that are more globally used."
Freshman Austyn Rhea said, "I think that we should be able to learn more languages because we need more opportunities, and if we go anywhere else in the world we might what to know the language...If there is a business trip to a French-speaking country, you will be able to use French there." Rhea has a point about the business benefits of learning French. According to the Virginia Polytech Institute, French companies employ approximately 500,000 Americans, and US companies employ nearly 600,000 people in France. Among foreign countries doing business in the US, France employs the third largest number of Americans.
Sophomore Kevin Mann has additional concerns about when most Tennessee students even begin learning a foreign language. "Students need to learn langauges when they are in elementary school so they can retain that knowledge," he said.
Since Tennessee requires that students earn two foreign language credits in high school, choosing a language that suits individual interests can make that learning more valuable. Not every student is alike, and not every student has the same goals for his or her life. A choice in foreign language classes could be the launch pad to Central students making a difference in the world of the arts, in overseas business, and in medicine. -Joseph Minga 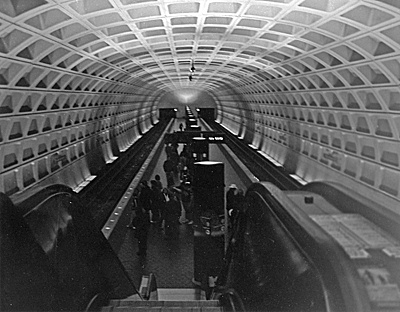 The author's comments:
I wrote this for my school paper, interviewing several subjects.
Post a comment
Submit your own