Favorite Quote:
Music expresses that which cannot be said and on which it is impossible to be silent.
-Victor Hugo

Today’s American society is one with a primary focus on academic success. Within recent years, the role of the economic downturn has hard-pressed the need for excellence to the boarder of impossible within educational institutions. With the difficulty of excessive unemployment rates even in percentage of college graduates, the pressure to do- not just well- but exceedingly superb in academics has placed a great deal of strain on students. They are pressured to get perfect grades in high school in order to get into the best colleges and then they are drilled to be exceptional students throughout their college bound years, in hopes that this will land them a career later in life. These are intensities that adolescence’s parents knew nothing of thirty years ago during their high school careers. School is a place of great stress with the educational workloads alone, but the burdens continue to be laid on young people; bullying within schools is not a recent occurrence, but with the added stress of other academic alterations, bullying greatly impacts the young people within school structures. Unfortunately, the increased expectations that are associated with the current state of the economy is an issue that will not be resolved for a significant amount of time. However, the stress of bullying within schools is something that can be lessened in the lives of young people if there is an effort put fourth through educational institutions to address the issues as a whole and actively work towards its resolve.


At a time where academic achievement is at its apex of necessity in regards to societal accomplishment, the ruthlessness and needlessness of bullying is hindering young peoples chances of achievement. It is no hidden fact that bullying negatively impacts the lives of those who fall victim to its malicious hand in relation to academic achievement, social development, and even psychological health. It’s needless to say that these negative impacts alter an individual’s chances for success later in life. Also, there are substantial reasons to assume that bullying is tethered to adolescence suicide rates in the U.S. According to the “Arizona Youth Survey” victimization within Arizona schools leads many teens to feel unsafe in their school environment and leads them to avoid the educational establishment entirely. Bullying Statistics state that 15% of students who do not show up for class, do so because they are afraid of being tormented at school. Still yet, it is estimated that 1 in every 10 students that dropout or transfer schools only do so due to repeated acts of being bullied. How well are teens going to succeed in an environment where they do not feel secure and wish to avoid? Furthermore, the Arizona Department of Education (ADE)’s “School Safety Study” conducted in 2007 revealed that intimidation and harassment were the most frequently reported apprehension of school administrators and many report that their concerns on these issues within the school impact their attention on academic work in individual classrooms. This is to say that not only are the students distracted from their course studies by the threat of maltreatment from their peers, but the teachers are also diverted from lessons due to a focus on the violence or intimidation between their students. According to the National Education Association, through a survey they conducted, 62% of teachers and school professionals witnessed two or more acts of bulling in a month’s time. Furthermore, 41% witnessed these acts at least once a week. These surveys are unable to total the occasions that go unnoticed by teachers and academic advisors. According to Bully Statistics, about 56% of students witness bullying in their schools. However, most instances of bullying go on behind the scenes and without the governing eye of school officials.


For an extensive amount of time, the intensity and frequency of bullying was overlooked. It was a common view that acts of bullying had no lasting affects and that children would grow out of the phase and move on. However, staggering statistics and intensive studies have shown that bullying has long-term affects and bullies appear to breed new intimidators due to the fact that those being intimidated tend to retaliate and cause harm to others around them. In most cases, victims of bullying are responsible for ending the acts by talking to school officials, but in many circumstances these sufferers are either too afraid or even embarrassed to turn to advisors. It is encouraged in most schools for other teens to act out against bullying by speaking up when they see someone being harassed, or to report such events to adults, but without formal programs and groups formatted to bullying prevention, this often results in a new conflict between the teen talking against bullying and the intimidator they are confronting. For many years, Arizona has had an Anti-Bullying Law that requires school district governing boards to enforce policies that prohibit the harassing of students by other students when on school grounds, school buses, bus stops, or at school functions. However, the law does not specify prevention programs or any efforts to be adopted by Arizona school districts. This is to say that Arizona adopted a law that implements almost no solution to the issue it was fabricated to amend but rather states that bullying should be prevented within certain bounds of school facilities. In the past, zero tolerance policies have been adopted within Arizona schools; the cost in such a system is either expulsion or suspension if one is reported or suspected as having tormented another student. This method has the benefit of taking the students whom are known to be disruptive out of place and allowing other students to focus on academics. However, studies have shown that such harsh methods have done little to resolve the issue and it fails to take into account the origin of the problem at hand. It also presents the issue of taking students out of an educational environment, which from an academic standpoint is impractical. If educators truly want to rid their schools of bullies, they have to understand the issue and not just punish the act.

In order to work with students to ensure their achievement in school and to protect their safety at the same time, school administrators need to work as a whole to address this issue on all levels. Students cannot solve the issue of bullying on their own; teachers cannot handle the burden of instructing and working to ensure the safety of their students; and eliminating the afflicters is not affective in a sense of ensuring academic success. It takes the system as a whole to work to towards the reduction of such abuse within school bounds. The Olweus Bullying Prevention Program implements these ideals in the fact that within this method there are rules against bullying clearly stated; a bullying prevention committee is noticeably defined to work towards solutions; supervisory systems are reviewed and revised; student activities are supervised; meetings are held with those involved in bullying, and parents of those involved; there are individual intervention plans for involved students to ensure to address any psychological issues; and regular class meetings are held to inform students on the issues of bullying. This method is more effective than others because it involves teachers, students, advisors, parents, and even the community in working to ensure the safety and functionality of the school system. In this method, there is no one group left to resolve the issue and it works to remain up-to-date with the problems of harassment in the school. Furthermore, it works to understand the issues triggering such abusive tactics within students by meeting with the student and the parent to discuss concerns. Although bullying is something that cannot be eliminated entirely, this method is shown to provide the most promising results in reduction of such instances within schools. This system works to address all levels of the issue, considering that students as well as parents are well informed of the threats and risks associated with bullying, students whom are considered bullies are addressed and worked with rather than excluded, awareness of bullying prevention and resolutions are utilized in classroom material, and students are adequately supervised when within the school bounds. In Virginia, this program was enacted within Halley Elementary School and within a year the percentage of students who had reportedly been bullied went from 42.3% to 33.9%. Most Arizona schools have not employed this program, but its promising statistics among other states such as Virginia, prompts the likelihood that it would also be affective here. With a lesser threat of abuse from peers within schools, students are presented with a greater chance to succeed in their education.


Bullying within Arizona schools cause teens to feel unsafe in their educational institutions and leads many to avoid, transfer, or even dropout of school in order to avoid such situations. Victims of bullying often have a difficult time focusing on lesson material due to fear of harassers and their grades and likelihood of success are lowered. Likewise, when teachers witness excessive acts of intimidation and violence among their students, it is challenging for them to focus on the individual needs of the students in their classroom and without that individual attention students suffer academically yet again. The percentages of these narrow-minded acts are quite alarming and signal that something needs to be done to reduce these occurrences within Arizona school districts. However, if the prevention of such issues is left to the afflicted, the times when bullies are brought forward are rare due to fears associated with intimidation tactics of harassers. Many times other teens will stand up for those whom are bullied, but this can cause other forms of conflict as they tend to cause a rift between students. Zero tolerance policies that are currently enacted in many Arizona schools, show little result in reduction of bully related instances. Also, such methods do not promote the success of the individual whom is considered to be a bully to other students. The method that promotes the most promising results is one that includes a committee dedicated to resolving the issue of bullying within an individual school; adequate supervision of students and student activities to ensure safety; proper measures of informative meetings with parents, students, communities, and school officials to address the issue as a whole; a focus on the individual concerns of students involved in bullying incidents; and an overall effort to keep students on their educational path to success. In today’s society, students need to be presented with an educational environment that is driven to see them succeed; Olweus Bullying Prevention Program demonstrates such an environment and could alter the success rate of Arizona students. 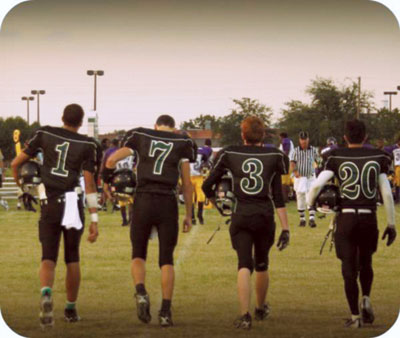