You wanna know what I think about the whole “emo” scene? Well, it’s bullshit. And this is coming from an emotional person, too.

People say, “oh, emo is short for emotional”…maybe so, but emo music doesn’t just speak to people who are sad or depressed. If it did, I would be fine with it. Hey, I might even like it. But no, to me, the “emo” thing glamorizes depression. It makes people want to be depressed, or at least makes them want to appear depressed.

You might ask, “why would anyone want to be depressed?”

The truth is…I don’t even know the right answer to that. All I know is, based on my experience befriending so-called emo kids, they do!

Let me explain what emo is: “emo” is, or rather was, a subgenre of punk starting in the 1980s. A lot of them were straight-edge. A lot of them were influenced by Ian MacKaye and Minor Threat and Fugazi. Some examples of “emo” bands are Rites of Spring, and Sunny Day Real Estate.

After a while though, emo became more mainstream. How that straight-edge/Ian MacKaye/Minor Threat/Fugazi – influenced emotional hardcore scene evolved into this bullshit scene made by Hot Topic wearing, screamo listening, whiny little kids, is beyond me.

Yes, “emo” kids usually wear clothes from Hot Topic and listen to screamo bands (along with bands like Hawthorne Heights and Bullet For My Valentine). However, that doesn’t mean I hate all kids that wear that/listen to that. That doesn’t even mean I hate kids that have been called “emo”. Hey, I’ve been called emo before. But I do hate most of the kids that call themselves “emo” and/or wear that label with pride, maybe even, arrogance.

I know a lot of kids who label themselves “emo” and what I hate about them, is how they go around laughing at serious things such as rape, abuse, suicide, and self-harm. For example they’ll say things like “I’m gonna kill myself, life totally sucks,” while giggling and laughing away whenever life’s minor problems are thrown at them. They have great lives and don’t even realize it. I mean, yeah, I know that a lot of people appear to have great lives when in reality, they don’t. However, the way those kids laugh and kid around about depression makes me believe that they haven’t experienced true depression themselves.

Depression is the new in-thing. And what’s that like to people who really are depressed? I can’t speak for everyone, but it’s very belittling. Very mocking. It makes it seem like depression isn’t a real thing. It makes it seem like depression is this phase you can get over quickly. In reality, that’s not how it is. I mean, it might be that way for some people. But, not for me, and not for a lot of other people I know. 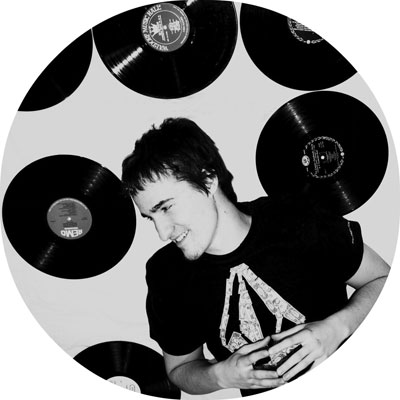 The author's comments:
I'm not trying to offend anyone who identifies as "emo". I'm mainly only talking about the ones I know who do. If you have a problem with this article, let me know.
Post a comment
Submit your own

Favorite Quote:
well, I want to put my favorite quote here but its too long so I can't type it on this freaking thing

View profile
Wow! You hit it exactly on the point. I know what you mean. I'm constantly labeled as “emo” or “goth”, but in actuality I'm just shy. I get very offended when people try and show off like they'll dress in dark colors and 'cut' themselves and call themselves "emo". It's like they expect me to do the exact same thing. I have been through severe depression and I can tell you from experience that it never fully goes away, and I've accepted that as part of who I am. It just hurts to see people who lead good lives and have prominent families want to go through something so horrid as depression. In all I think you are right, that it is just something people strive for to get attention because if they knew what it really was like, they never would even bother about joking about being "emo".