For the Love of Girls | Teen Ink

For the Love of Girls

Chris Rock once said “Women would rule the world if they didn’t hate each other.” Now, Chris Rock may not have known this at the time, but what he said is so true…

So, I know that pretty much the entire population of girls on the whole planet have seen Mean Girls- and personally I absolutely LOVE that movie (I’ve watched it a good fifty-times that now I can quote it word for word from beginning to end…pathetic, I know), I mean come on…who doesn’t love the line “It’s like I have ESPN or something?!” And, as shallow and stereotypical as that movie really is; as superficial and “typical” that movie may seem to those “non-conformists”…believe it or not…it teaches us one of the most important lessons us (and I’m not just referring to girls) could ever learn.

Alright so Valentine’s Day just passed and as the official love holiday of the year…that love is just as important between friends. So, instead of just being so kind and caring to your “significant other”…what about showing some “sisterly love”, you know, like not to only your friends…but to everyone around you? We could use some more of that…actually no; we could use TONS upon tons of that. Like…a whole bucket full.

You know that expression “keep your friends close, keep your enemy’s closer” …yeah, I never believed in that saying. Think about it…why do we have enemies anyway? What is the purpose? Is there really even a sole purpose for having an enemy…what good does it bring you? I never understood the whole “I’m gonna make that person’s life miserable because I don’t like them” scenario. I mean, if you’re not “particularly fond” of someone…that’s fine. That’s normal. But, putting each other through torture…that’s just not. And, it’s the way in which girls do it which is really what makes us lose our sense of class. The thing with girls is that…they can’t just flat out say “I don’t like you” and let that be the end of it. No, they have to make it into this long “My-life-revolves-around-destroying-her-because-I-have-to-be-the-most-clever-girl-in-the-universe” drama. And really…don’t they realize that doing all the stuff just makes them feel even worse about themselves in the end? Guess not.

See the thing with girls is…they can be so conniving and sneaky when there planning their sabotage for the girl they don’t like. And for what? Did she wear the same outfit as you on Monday? Get those Taylor Swift tickets that YOU wanted so now you blatantly hate her? Maybe she has that guy you’ve been obsessing over so now just the sight of her makes you literally cringe? Isn’t that horrible? Why do we act like that? It just goes to show how heartless we can be sometimes. How we can lose sight so easily of such a simple thing as ….oh I don’t know…being nice? And you know what really gets me…that almost 99% of the time…these girls are only being mean to another because they’re jealous of her. Isn’t that really sad? I mean hello...if you’re jealous of the girl (which FYI means she most likely has something you want) why don’t you just give her a compliment? Doing all these mean and horrible things to her behind her back isn’t going to make your jealousy subside, nor is it going to somehow create a miracle and just magically give you those things you want, and nope…it won’t even make you happier no matter how many times you and your best friends sit in your room gossiping about until the sun sets…groundbreaking I know.

Now, Mean Girls may just be the perfect movie to portray this kind of behavior…but really, at the end when everyone realizes that it doesn’t matter who has the largest number of Gucci bags in their closet; that it doesn’t matter who stole who’s boyfriend, and it most certainly will not change your life knowing that you made some other girl feel horribly inferior to you. If only we could all realize that. If only we could all realize that in the end aren’t self-values more important…because I know that I would rather have a stack full of life-goals, and values and beliefs and morals over a closet full of mean-fire-breathing-conniving-sneaky girls who are out to get me (Does the word “enemies” ring a bell?).

As much as I love shopping; buying needless expensive things that have no purpose to me whatsoever…doesn’t every girl just love a good sale? 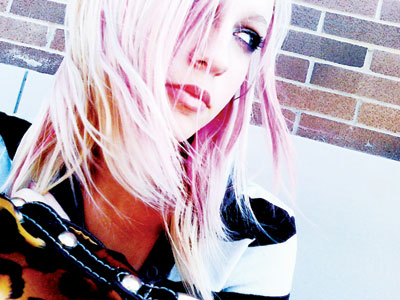