Banning Ciggaretes Is it a good or bad idea? | Teen Ink

Banning Ciggaretes Is it a good or bad idea?

In one hand, her child, in the other hand, a cigarette. As she slowly breathes out the chemicals and tobacco from her lungs, her baby breathes it in. The mother doesn't realize it now, but what she's doing will damage herself and that baby for the rest of their lives. There is a debate on whether cigarettes should be banned. There are many positives to keeping cigarettes in stores, but they also significantly damage and can even kill people. Friends and family of smokers protest that it should not be legal for a highly addictive substance such as cigarettes to be allowed into stores. Still, smokers are saying that it is their right to smoke and that it takes time before cigarettes can do any real damage. Is it worth it for people to slowly kill themselves over a smoke?

Cigarettes are everywhere you go and all ages smoke them. Not only are they easily accessible so that even young children can get their hands on one but they are so addictive that people can smoke them for the rest of their life if they try one once. The argument for banning cigarettes is that it can ruin people's lives killing them at a younger age than they should have, and it doesn't only affect them but also everyone around them. Furthermore, smoking at a young age is even worse making your lungs and your whole life ahead of you more vulnerable and weak.  There is lots of evidence that backs this side of the argument and there have been lots of studies done on the effect of smoking and what it does to the smoker and the people around them. In 1965 43% of Americans were smokers and even though the number is now 19% in 2022 it is still a major problem that needs to be addressed. Every year 443,000 people die as a direct cause of smoking in America alone this number is an insane statistic that is not being taken seriously enough. Not only that but it is so accessible for children that 1000 children start smoking every day this number is not okay and people don't seem to understand that smoking can cause so much harm to young children and all people. After mentioning all of these horrible statistics it should be taken into consideration that there is change happening and there are people trying to at least decrease the number of smokers and the fatalities. For example,  Barack Obama signed a document allowing the price of cigarette packets to increase by 1.1$. Not only this but there was a law signed so that cigarette companies had to put warning labels on the packet of cigarettes showing the effects of cigarettes and what they can do to people.

The opposing side believes that cigarettes should not be banned because they are not considered a real drug and they can help with stress and anxiety. Not only that but they can soothe someone down and make them more able to concentrate and focus on things. The opposing side also believes that banning smoking would take away their freedom. Not only that but People who have this belief think that it would be a step towards totalitarianism and that smoking has been legal for a long time and there is no reason to start banning it now. Although the studies and research that has been done are primarily in favor of banning cigarettes and the effects of smoking on people the supporters have a view that says it is not the government's choice to decide and to punish their own free choice believing that it is there decision on whether or not they want to smoke. Also, they say that the government should not be allowed to decide whether or not they do a legal activity. They also say that they are unfairly attacking and sabotaging the tobacco industry which would make hundreds of people lose their jobs over a new law, as well as the fact that bars, clubs, and resellers of cigarettes would suffer and people would lose their income and their source of income.  Banning cigarettes is a very controversial topic and it should be taken seriously. On the one hand, it can ruin someone's life and others around them but then again it is someone's own choice and it is their freedom, but when does freedom actually hurting and ruining not only your life but others around you become enough and it draws the line between freedom and hurting people and yourself?   After looking over and studying the research done from both sides of the debate I believe that smoking should not be banned because although it is harmful to one's health and others around them I think that it is their free choice. Although I've said this I still think that change in-laws and rules around smoking should be changed to make it harder for children to access them and also ban places in which they can be smoked. Also, I think there could be a change in terms of the number of packets one can buy and how many you can buy in a set period of time. I also think that there could be changes in terms of the packaging of cigarettes so that it clearly states what they do to you and how they can affect you and others. In the end, I think that cigarettes and banning them is a very serious topic that needs to be taken more seriously but it is also someone's own freedom. I think that there need to be changes done to what is currently allowed and what can be done and who can access them but I think banning them altogether is not the right idea and it would cause lots of uproar and anger from lots of different people. 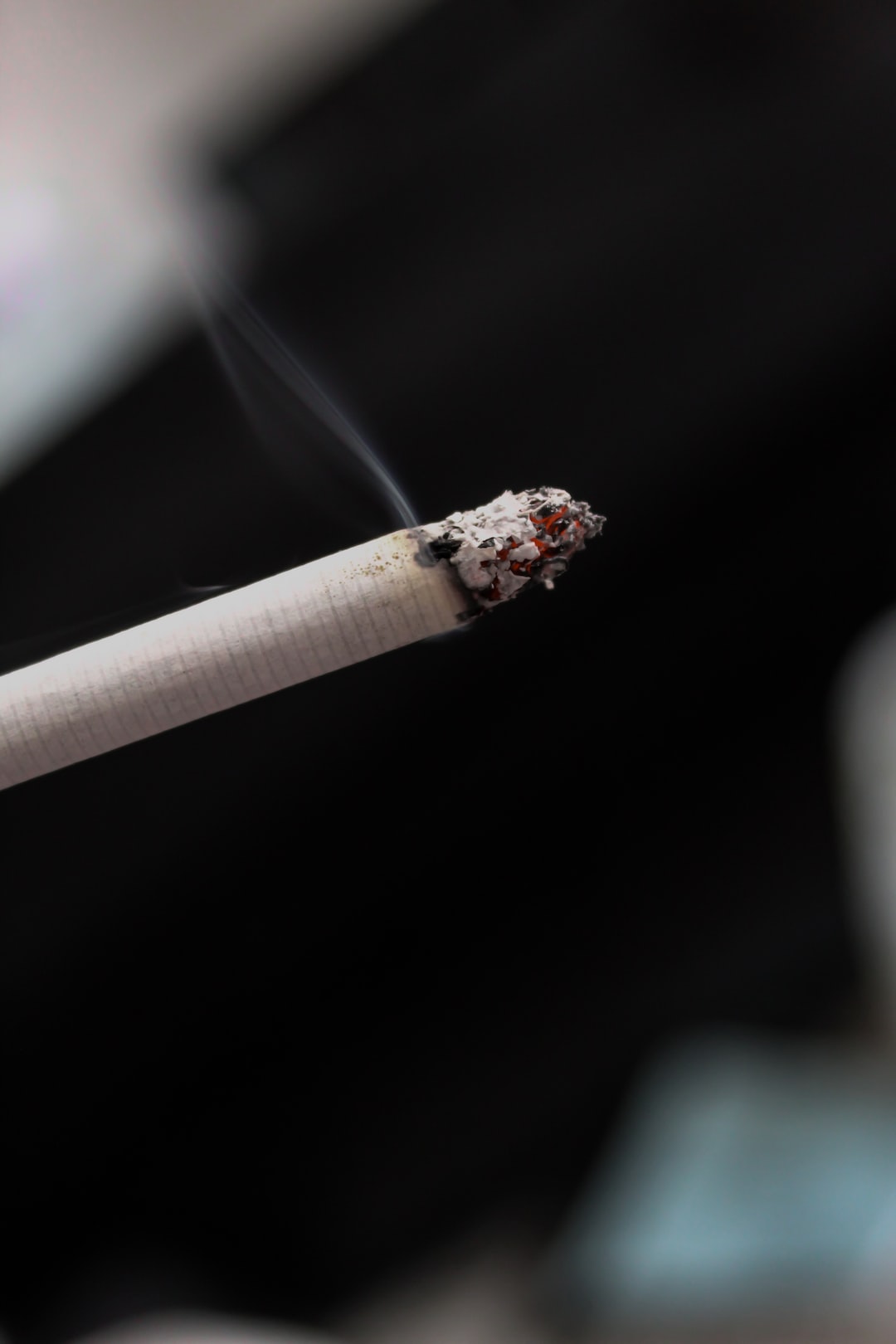 Photo by Obby Rh on Unsplash

Favorite Quote:
Some day I will tell my kids this. Don't try to be like me. If any thing be better than me