The No Child Left Behind Act | Teen Ink

The No Child Left Behind Act

In January of 2002, a bill was signed into affect by President George W. Bush that holds about as much controversy as the War on Terror. The 107th Congress of the United States had the purest of intentions when they signed this bill into law, however they did not take into consideration the negative aspects of it. The No Child Left Behind Act of 2001 (NCLB) did not meet its potential, and did not improve the education system in the U.S.
Supporters argue that NCLB encourages schools to better the education system. However, because of the regulations used, it is not effective. The law is a standards-based education reform movement, meant to “close the achievement gap… so that no child is left behind” (Congress 1). In doing this, the law requires states to set up annual assessments of students to measure their improvement in order to receive federal funding. This seems all good in theory, but when it comes down to it, it leaves teachers teaching tests and not helping students grow in their education and wholly as an individual.

The truth of the matter is, the tests only cover three subjects: reading, science, and mathematics. In order to receive funding the scores must show Annual Yearly Progress, or more commonly known as AYP. To achieve this, teachers will focus more time on these three subjects than the others, but the reality is that there are more subjects than just these including history, writing, and the arts. All of these subjects are just as important for everyone, if not more important for some.

Everyone learns in different ways, but learning for test scores does not work. Students will memorize the information, and as soon as the test is over, forget it. This may meet AYP requirements, but does not achieve the overall goal. Also, even if the students do progress, the school may still not meet AYP. And this is because based on the size of the school and the starting knowledge of the students, even if they improve, they may not meet standards. If they do not meet their Annual Yearly Progress goal, funding is reduced. Personally, this makes zero sense. Shouldn’t funding be increased instead to acquire more teachers, to help create smaller class sizes and more individual attention to yield more improvements? Instead, the funding is cut off, and scores become even worse.

Another question that arises when dealing with NCLB is “are scores even improving with this bill?” It’s difficult to determine the answer- for a couple of reasons. One being that is has been affecting the graduating class (2012) since they were in elementary school, and students have little to nothing to compare it to. The second being, America has little to compare it to as well, because it was implemented in every state. We have no idea how it has helped, or hindered. Not to mention that between 2000 and 2003 scores increased at the same rate as the next three years, even though NCLB was not yet in place. Scores may be increasing, but it is not due to this act.

Ted Kennedy was originally a strong supporter of the No Child Left Behind Act, as were most people. It seemed like the much-needed solution for education reform that Kennedy strove to find his entire career. However, as NCLB was put into action, his view changed. He said it was under funded, poorly implemented, and that America’s children deserve better.

We do deserve better. Education reform in desperately needed in this nation, but it seems to me that said desperation yielded a sloppy solution. NCLB encourages poor teaching methods, punishes success, and is not responsible for increased scores. The No Child Left Behind Act of 2001 does not support education reform in the U.S. and has left America’s children behind. 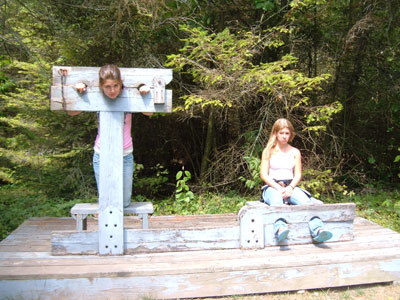 well sometimes they dont even really do science.

Favorite Quote:
"A dreamer is one who can only find his way by moonlight, and his punishment is that he sees the dawn before the rest of the world."
- Oscar Wilde

View profile
Also, the NCLB has done a substantial amount of damage on the social system in schools... Kids are getting more and more narrow with standards, and therefore, the overachiever was born...