The Reality of Language Differences Between Men and Women | Teen Ink

The Reality of Language Differences Between Men and Women

Women use more hedges e.g. “sort of”, “you know” says Professor Robin Lakoff linguistic at the University of California. Men are more dominating in conversations by using more interruptions says Zimmerman and West.


If we spoke a different language we would perceive a somewhat different world.


Ask yourself aren’t these linguists generalising. Zoe goes in search for the actual explanation for the differences of the language between men and women.


What is the Social Network Theory?


But here comes the tricky part known as the social network theory and this is what creates differences in our language for both men and women.

Well, the way we use language depends on how deeply we are fused into a particular social network right? This social network influences us on a large scale.


At primary school all the people that I use to speak to were all in touch with each other we all use to go each other’s houses for parties but sadly too young to go out for shopping, although on trips we use to go to many places together namely museums and we knew each other very well. This network is called high density. Although now that I’m at college the people I speak to are not so much in touch with each other and this is known as a low density network.


My friend has a sister but not only is she her sister but they are also close friends and they also work together amazing huh? This is known as multiplexity but I simply only have a sister relationship this is known as uniplexity.


How does this relate to language and Gender?


I read through Professor Lesley Milroy’s study who is a sociolinguist at the University of Michigan and she explains this concept very well. She reported that “men whose speech revealed high usage of vernacular or non-standard forms are also found to belong to multiplex/high density social networks” and this therefore influences our linguistic behaviour which is known as the norm enforcement mechanism that imposes all kinds of behavioural norms like dress, conduct and language use. For example in a high density/ multiplex network you might call each other by nicknames like calling your mate leva instead of Olivia or libby instead of Elizabeth or you might call Elizabeth faithful because of her personality or witty etc. and have your own special way of interacting using special words that only your group might understand.


So I suppose that vernacular or non-standard forms are less evident in women's speech because women belong to less dense social networks so they tend to speak more standard and so use more politeness aswell.


Professor Jenny Cheshire, sociolinguist at Queen Mary University also looked at this idea of social network she reported that “boys used more nonstandard forms than girls which suggested that boys are members of a high density social network where their language converged towards the vernacular”.


Isn’t the social network theory a better approach to explain differences in the language between men and women?
So the question now is that can we say that men are more non-standard due to their high density networks?

Because they are influenced much more by the closer comforted relationships they have with each other. And that woman are more standard as they have a low density social network where all the people the individual talk to are not in contact with eachother ? Therefore don’t really have as much interactions with each other in order to build norm enforcement mechanisms that might trigger the use of non-standard language.


My job is done; I think I’ve done a lot of explaining now you have to do the thinking. Good luck! 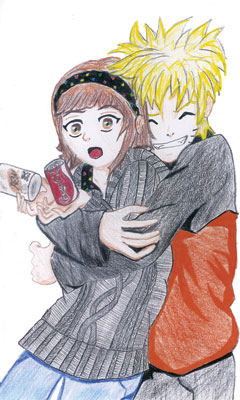