Do you hesitate before speeding when you’re in a big hurry? Do you think twice when you see an illegal U-turn, or a yellow light? Like many Americans, you’ve probably developed a sense of security that no policemen are watching. And usually you’re right, but as convenient as this may be, it actually makes the roads very unsafe. The US has a very ineffective way of enforcing the speed limit. We need a new system to make sure that drivers stay safe and comply with the speed limit. There is no real motivation for not speeding. Speed limit enforcement is the action taken by appropriately empowered authorities to check that road vehicles are complying with the speed limit in force on roads or highways. This is very important, we need to make sure that drivers are obeying the law.

Americans everyday neglect illegal u-turns and speed limits, which causes devastating accidents, hurts people and vehicles, and causes chaos and traffic. I think it’s safe to say that we all agree that speeding is dangerous not only for the driver, but also the innocent people around him. Speed limits are made for a reason, but if they cannot be enforced properly, then they are not helping. So I think that the US should develop a better system of catching speeders, because they are dangerous to drivers all over the country.
The speed camera method takes a picture of a speeding car, catching the license plate. They would track the license plate, and send a fine in the mail. This way, most speeders would be caught, and the roads would become more safe. This method is used is some small areas of the US, but not nearly enough. Unless you see a policeman nearby, there is no real motivation to not speed. This technology makes it easier on the police, so they can spend their time in more important ways. So I suggest that the USA uses speed cameras much more to help ensure a safe drive for everyone.
All over the world, speed cameras and red light cameras are being used quite effectively. For example, in France, and Italy, there are fixed speed cameras with warnings half a kilometer before, to warn people. Enforcement varies, from warnings, fines, or sometimes even jail sentences. After the initial placing of the cameras, Lieutenant Steve Harrison of the Arizona Department of Safety says: “There was a preliminary study done about a year ago on the initial placement of photo enforcement. And that appears to have reduced collisions about 20 to 30 percent. We've had the system in place for a little over a year and we are seeing essentially the same trend here in Arizona.” The reality about the cameras, is that they are just asking people to drive the speed limit, not trying to get your money. They are being used effectively all over the world, but there are not nearly enough in the US.
If you get flashed going over the speed limit, there is a fine of $181. Many people have protested, saying that this method is only trying to get their money. While the program pays for itself, it is made strictly for public safety, nothing more. It has already been deemed effective by many governments, and while not everyone likes the idea of being caught when they speed, it is proven that it reduces traffic and accidents, which are sometimes fatal. Besides, you only get ‘flashed’ if you’re going eleven or more miles over the speed limit. All they’re doing is asking you to obey the law. So I think that we should accept speed cameras widely across the US, making the roads safer and speed limit enforcement more effective.

As you can see, America's speed limit enforcement, while in effect in small areas, needs to be broadened, so that we can take a big step forward in road safety. Obviously, this will not stop all accidents, but it has been proved to reduce them. Without any real motivation not to speed, the road can become chaotic, but imagine a road where people knew that the speed limit was being enforced. You would be less worried about getting in an accident, and feel much more safe. America’s speed limit enforcement must convert to speed cameras all over the country, making people motivated not to speed, and the roads much more safe. 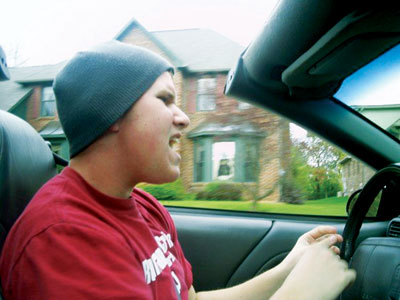