Animal Shelters: another chance at life or death | Teen Ink

Animal Shelters: another chance at life or death

An animal shelter, by definition, is: an establishment, especially one supported by charitable contributions, that provides a temporary home for dogs, cats, and other animals that are offered for adoption. An establishment that temporarily provides a home until the animal is adoptable. Sounds good, right?
However, this definition is more in line with no kill animal shelters. These shelters will either keep animals as long as possible, or give them to some other organization that can attempt to adopt out the animals. They will do all in their power to find a great new home for animals that may have been homeless, abused, or a victim of hoarding. Through these types of organizations and charities, animals are given a second chance at life, love, and happiness.
Not only do the animals benefit, but those who adopt them do as well. They can receive some of the best animals and friends from places such as these, (as I know from experience.) While animals may come from any condition, if they are healthy, and great with people, even if it so happens to be as a result of many months or years of training, they will get another chance to be happy and to know love like they should.
Programs like these are great and can really help people in many conditions. There are many success stories out there that will make one want to go adopt every single animal from a shelter that they can, or at the very least, help them.
On the contrary, when comparing no kill shelters to ones without the same beliefs, the results often are not so ‘successful.’ These shelters may take in animals from the streets, and give them what they need, if only for a little amount of time depending upon their policies.
To clarify, there are some shelters that will let an animal stay for two weeks before euthanizing it. Others give only 3 days. According to research, some shelters may give an animal 3 days, then an additional 7, should the owner come looking for the animal. Meanwhile, other shelters may give the animals a few months, a few weeks, a few days, or even just an hour.
These particular shelters may have excuses, such as “we don’t have enough room, we don’t have enough money to keep them alive, or they aren’t young or ‘cute’ enough and nobody will want to adopt them.” While it may be true that there is no room for the animal or not enough money, the shelters could give the animals to a no kill shelter or an adoption organization.
I personally believe that all animals, no matter what age, as long as they are healthy and gentle, are “adoptable.” The excuse that the animal is not young or cute enough has no support, seeing as many ages and kinds of animals are adopted all the time.
Animal shelters that do not have no kill policies don’t give the animals enough time. It may take more than 3 days, 7 days, or even a couple of weeks for someone to come to the shelter. But the people coming to adopt are not to blame, because the shelter could put out fliers or notices that there are adoptable pets waiting to find their ‘furever homes.’
Though some shelters may do this, and may even genuinely care about the animals, there are always those who just look at the animals as profit. Maybe they think keeping the animals alive is too much money or that there’s less hassle with less animals, but clearly, the animals’ best interest is not in mind, as it is at a no kill shelter.
Sure, maybe this is the first time in the animal’s life that they’ve had shelter or food and water, but is it beneficial if the animal will not even get a fair chance at life? The animals don’t know what’s going on, and they may be scared from the past, traumatized, or extremely shy, but they haven’t done anything at all to deserve to die.
So while not all shelters can ‘afford’ to keep the animals, they could find people who will foster the animals until adoption, or some other, positive alternative. Why, if an animal is not a harm to others, should it be killed without any choice? The animals can’t speak for themselves. Their fates depend on us to be their voice. Are you up for the challenge? I know I am. 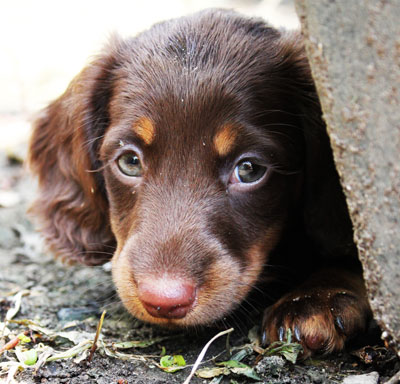 The author's comments:
I've always thought that it seemed hypocritical for shelters to say that they save animals' lives only to kill them. Animal welfare is a great passion of mine and many others, as well. This is one way I can be their voice.
Post a comment
Submit your own

This article has 44 comments.