I have never been one to believe in supernatural phenomena or insane murderers, nor have I had an actual encounter with something of that sort. All it was a single trip to my neighbor’s apartment, but that did the trick; I am now paranoid of every living thing that enters my apartment.


I live in room M13, to which there have been many rumors made about. It’s haunted, someone died there, I psycho lives in the closet. You know, the usual thought of paranoia. But what intrigued me was not a story about the things that were in the apartment, but what was supposedly living right next to it. Monsters, they said. Monsters that never came out, not even at night. They had room service bring them their food, and give it to them through a doggy door they installed themselves. How they paid the rent every day without having any known job was interesting to me, being an accountant and everything. I spent three nights, restless, turning over and over, curiosity of what might lay across the wall always at the front of my brain. On the fourth night I finally decided to see for myself what is next to my apartment.


I quietly crept from my bed, flashlight in hand. The only noise being the soft sound of my breath. The door opens with a creak, which I hadn’t realized it did. The hallway is almost pitch and silent, except for the soft glow and hum of the vending machine at the end of it. I turn to face the dreaded Apt. M14, prepared for anything that may be waiting behind it. I get on my hands and knees, and begin to nudge my way through the doggy door. I almost get stuck a few times, but manage to get through with only a few scrapes. The place is just about the same size as my apartment, but the closet is on the other side. 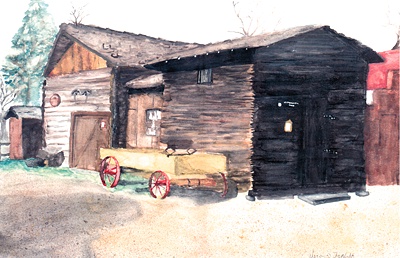 Favorite Quote:
Chase the morning. Yield for nothing.

Favorite Quote:
I'm living my own life, those who do not like who I am. Deal with it. I'm who I am and you can't change that, so goodbye...