On Friday, March 25, I went on a school field trip to two of the five palaces in Seoul: Gyeongbokgung Palace and Deoksugung Palace. Those two palaces are the most beautiful palaces I have ever seen. In this article, I would love to give historical backgrounds of those two palaces, and tell about the places which I enjoyed.

Gyeongbokgung Palace, also known as the Northern Palace, means, “Shining Happiness.” It was built in 1395 in the capital city Hanyang, which is now known as Seoul. King Taejo, the founder of the Joseon Dynasty, built it after his three years of his reign. It was the first palace built by the Joseon Dynasty. It served as the main palace until the Japanese invaded Korea in 1592; the invasion lasted until 1598. During the invasion, the palace was severely damaged. Then, finally in 1868, the palace was reconstructed. Unfortunately, this time, the Japanese annexed Korea in 1910. In 1945, Korea won its independence from Japanese’s control. The Korean government has been rebuilding the Gyeongbokgung Palace since 1990. To this day, it remains the largest of the five palaces.

When I was at Gyeongbokgung Palace, I admired the Gyeonghoeru (Pavilion). Although it was originally built by King Taejo, his son, Taejong, later made it bigger in 1412. It is a two- story building, with forty-eight supporting pillars on the first floor. The kings used it to hold royal banquets. Although the bottom story is much bigger, the kings used the smaller upper story for much more friendly celebrations and feasts. Approximately, up to one hundred people were able to lodge in the upper story of the pavilion.

Deoksugung Palace was not originally a palace. In 1592, the Japanese invaded Korea, which caused King Seonjo to flee Hanyang and move to Uiju. After a year and a half, he returned, only to find out he had no palace to reside in. So, he decided to reside in Deoksugung Palace, which was where his relative’s family lived. After Prince Gwanghae succeeded King Seonjo, he decided to rename the palace, “Gyeongungung Palace.” In 1907, Emperor Sunjong renamed it, “Deoksugung Palace,” which means, the “Palace of virtuous longevity.” It is currently the smallest of the five palaces in Seoul.

One of the places I enjoyed sightseeing at Deoksugung Palace was the Jeonggwanheon (Hall). It is known to be the first café in Korea. Emperor Gojang invited foreign diplomats, with whom he enjoyed drinking coffee. A Russian architect built it in 1900. The building is a beautiful combination of a western architecture and traditional Korean palace style. Unfortunately, they don’t serve coffee there to visitors.

In conclusion, I told you about the two palaces, which I visited, and the places which I enjoyed. I hope you enjoyed reading my article. I hope if you ever get a chance to visit Seoul, you would definitely go see those two palaces for yourself. If you are lucky, you might even see the Royal Guard-Changing Ceremony, which is a rare traditional scene. If you enjoy your visit to two of those palaces, then, go ahead and visit the other three palaces too! 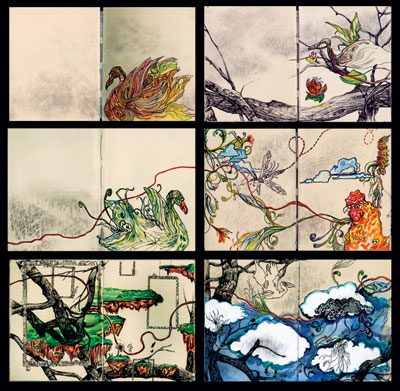 I hope the readers would want to visit Seoul and visit all the beautiful palaces there.