My Trip to Rome | Teen Ink

My Trip to Rome

My Trip to Rome, Italy was an experience of a lifetime. My family and I left sometime in December 2006, and came back in mid to late January 2007 ( I can’t really remember when). I was only 7 years old at the time that we went . The trip had good food, great sites, and wonderful adventures that will have an impact on me for the rest of my life.
My trip to Italy had great food, now I am not saying all we ate was italian food, actually we ate quite a lot of different food there. In Italy, there was some American food, we actually ate at an Italian McDonald’s like 2 or 3 times. I would not have thought that they would have had because it American. We also had pasta, pizza, and even gelato.
Gelato is an Italian form of ice cream, but it is more a mix of like an american frozen yogurt with ice cream, its more soft and creamy. It is like soft serve ice cream that you might get from this one company called Nitro Freeze. It’s usually served with an Italian whipped cream (which has absolutely no flavor at all), and all the toppings that you want, but most of the time, just a cherry.
The sites my family and I saw on my trip to Rome were amazing. We saw the Colosseum, an ancient Roman arena where they pitted criminals to fight to the death against anything from fierce creatures to Roman Soldiers. We also saw the Trevi Fountain, a fountain where it is said to be good luck to throw a coin in while facing the other way, hence having your back to the fountain. Right after we threw coins in, I wished we could go get gelato, and then we did, so I guess it works. Another site we saw was Vatican City, which is where the pope lives. That’s right the Pope has his own city. It is only 0.29 square miles and has a population of about 129 people. We got to see where the pope lives, at that time it was Pope Benedict XVI. We got to go to a mass said by him, and all of my three nephews got kissed and blessed by him. We even saw him go in the popemobile, the things he travels around Vatican City in. In Vatican City there is also a thing called Saint Peter’s basilica. We were fortunate to see it, it is the most famous basilica in all of the world. The final amazing site we saw was the Sistine Chapel, a chapel which on the ceiling contains a very famous painting of the Creation of Man by Michelangelo. When we went, there were many guards and they all told us the same phrase , “No Photos, No Video”. It was scared that they might think I was taking a picture of the painting, when I was just filming myself, luckily that did not happen though.
The experience grew me closer to God, because while my family was over there, my dad got really sick, life threatening. I remember sitting in the hospital praying as hard as I possibly could that he wouldn’t die. After a while of him being sick, the doctor said that he was not gonna make it till the next morning. I can never remember a time when I prayed so hard for God to keep him alive. I remember I did not sleep at all that night because my mom was crying so much that all of my family had to stay up and comfort her. I mean my dad makes all of our money, and my mom is busy at our house all day. If she had to work all day and take care of the house chores and everything else, we would probably not have survived this long. Luckily, he next morning he was alive, the doctors couldn’t even believe it, they said there was no medical reason how that could have happened, it was a miracle from God.

We also had great adventures, first of all I got to experience a new country for the first time, and actually go out of the country. I am about the only kid around my friends, who can saw that I have been to Europe. I also got to see things that were used centuries ago and that are still preserved today, take the coliseum, it was used in ancient Rome, and is still mostly preserved today, or at least it was when I went there 6 years ago. And it also grew me closer to God with that big scare that almost took my dad’s life away from my family and I forever. 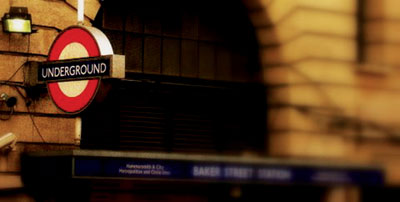