I started my game-day preparations by trying on my skin-tight, professional white baseball pants. Looked in the mirror to affirm I was still chubby. Asked my mother to French braid my long brown mane of hair. Looked in the ­mirror – yep, still chubby. I braided and re-braided my hair, tried my royal-blue ball cap on backwards. Searched for my glove in the garage. I finally slid on my cleats and walked the one block to the baseball metropolis.

I was the only girl on the Dodgers T-ball team that season. Some might consider this a monumental step for women’s rights, but I was uncomfortable with this honor. Growing up in Chicago, I learned that baseball was everything. Business partners, best friends, worst enemies – almost all relationships hinged on the question “Are you a Cubs or a Sox fan?” My baseball team was not exempt from this obsession. The pressure was in a league of its own.

As luck would have it, all my eight-year-old prospective crushes contributed to this pressure as my teammates. Although the boys could relate to me because I was a sporty tomboy, it would be detrimental to my attractiveness if I let the team down. I was therefore determined to hone my T-ball abilities while maintaining my pre-pubescent good looks.

My spring training consisted of playing catch with any neighborhood boy who would dare be seen throwing a ball with me. After five minutes, he would typically give up and ride his bike ­elsewhere. After a few of these brief practices, I figured my baseball abilities were satisfactory – at least for a girl. I was ready for the home opener.

My disappointments began immedi­ately. I sat near the end of the dugout so as not to seem too eager. When Coach called me up, my heart raced; I made my way to the opening in the dugout fence. As I proudly approached the plate, one boy tripped me and laughed, “C’mon. It’s a baseball game, not a fashion show!” I contained my rage and embarrassment and continued toward what was sure to be a grand slam.

After three quick swings, it’s possible I was the first eight-year-old ever to strike out at a tee.

By the end of the game, I could feel the glaring eyes of my teammates as we lined up to shake hands with the other team. As I went through the line, I was told “You suck” by each boy on the opposing team. You suck? I was horrified.

I walked home with my mother and cried … like a girl. Soon it became clear. These blossoming third-grade men had no interest in how I wore my hair under my Dodgers cap. They wanted to win.

If I was going to play for this team, I had to change my motives. Those five-minute practices extended to hour-long teaching sessions. I ran bases until my white baseball pants were permanently stained with grass and dirt. Finally, the boys I wanted to impress became teammates who taught me what being on a team was actually all about. I like to think that the times I spent practicing, ­instead of doing my hair, led the Dodgers to second place in the league. 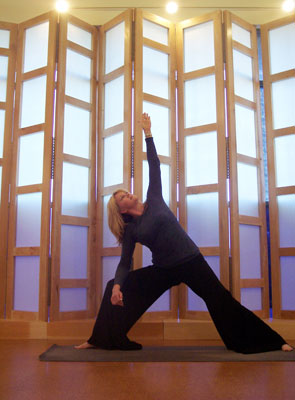