My foot hurts. It istrapped in a purple case and won't be let out for six more weeks. You see, I hurtmy foot, and stubborn as I am, I refused to let it keep me down. It got worse asI played an entire season of field hockey. It started out as turf toe, and thensomehow I ended up with sesamoiditis, which I had never even heard of. Therereally wasn't anything I could to do fix that, besides stay off it, but come on -I said I was stubborn. So my sesamoid bone, which is this really little, roundbone at the bottom of your big toe, began to crack. It was barely noticeable onthe x-ray, but doctors somehow manage to pick up those little things. I wasinstructed once again to stay off it, and that time I really tried, but it wastoo late.

I missed my field hockey pre-season, but like I said, I playedmost of the season. I figured if I just waited until the season was over, my footwould fix itself. Unfortunately, I thought wrong. I'm very active, but I didn'trealize how much running around I actually did until I noticed I had hurt my footsix months before and it still wasn't better. Three doctors, four x-rays, a bonescan, and lots of Advil later, I ended up in this cast that goes all the way upto my knee, when the problem is an almost microscopic bone in myfoot.

Now, I'm on crutches for six weeks. I can't do anything withoutwearing this stupid little shoe and my arms are killing me. I've fallen down thestairs a couple times and my mom yells at me every time I go three feet withoutmy crutches. The only benefit is I get to leave class five minutes early, buteven that gets old after a while. Hopefully, this cast will work and my foot willbe fine when I get it off. I would like to play my senior year of field hockeyinjury-free.

My advice to everyone out there is that unless you don'tmind being incapacitated and miserable, whenever you get injured even during asport or activity you love, take time out to let yourself heal properly. Youmight miss a couple games or practices, but it's not worth ruining whatevercareer you might have left. 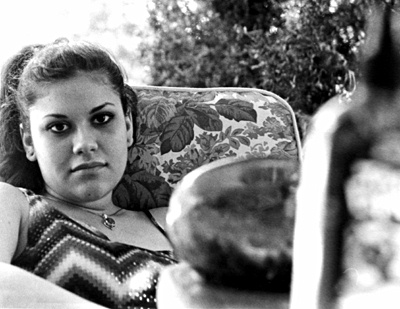